An Ode to Amateur Photographers

Erik Kessels defies definition. The Dutch-born creative has lived many lives as designer, photographer, artist, curator, publisher and co-founder of KesselsKramer, an ad agency. His first retrospective book, The Many Lives of Erik Kessels, takes in his 20-year-career in which he has experimented and challenged the visual world around him with an offbeat and unmistakable eye. His artistic interest lies in imperfection and he’s carved a career celebrating the happy accident. “We are surrounded with images of perfection and made up images and images that are totally closed and have no opening anymore for anybody to fantasize about,” Kessels tells TIME. “So in my work I always try to make a small difference in that.”

As a child he painted voraciously, as a teenager he dreamed of window dressing (the most creative job on offer in his tiny village) and as a grown man he sits across a creative empire that artfully blends the commercial and the abstract. Kessels pinpoints the beginning of his visual education with a personal tragedy. “From a young age – eleven I think – I was confronted with the mortality of an image and of how images can survive and how important they are,” he says. “From that age my parents were looking in family albums of my sister who [died in a car accident] and they found an image which became very important to them.”

Other peoples’ family photos have proved to be a rich source for Kessels, something he says started out “almost like a therapy.” One of his most popular projects, In Almost Every Picture, began in 2000 and is now its fourteenth volume. Each series focuses on an unusual photographic obsession by an amateur; from a Florida couple who share a passion for “wet fun adventure” to the tireless attempts of one family to photograph their all-black dog without it looking like an amorphous blob. “All of the books contain very personal amateur stories or photographs that are often not told yet,” he says. “Either they are hidden very deep somewhere on the Internet or they’re hidden in a family album. For me it’s like almost like an archeologist to dig into them and to research them and to try to find the story or try to imagine the story.”

Kessels’ other persistent fascination is the lifespan of an image and the importance that is bestowed upon it by the viewer. “The meaning of an image has totally changed,” he says. “It is there just to share, it has a very short life cycle. People don’t keep images anymore. They just use them and trash them again. So it’s a totally different mechanism.” This so-called age of “photographic renaissance” is a temporary state of being, dictated by how willingly society continues to bow down to the Internet Gods. But Kessels is hopeful. “It’s funny that a few years ago people thought that at a certain moment nobody would visit the cinema anymore,” he says. “But at the moment, there are more visitors in cinemas than ever. People still want to be physically together.”

Kessels confronted this deluge of visual content in 2011 with the now-iconic exhibition, 24 Hours in Photos. “For a long time I was very interested to see what happens with the enormous amount of photos we produce every day. People see more images before lunch than somebody in the 18th century sees in their whole life,” he says. In response to this, Kessels downloaded every image uploaded to Flickr over a 24-hour period – which totaled close to one million – printed them out and “threw them into a museum space”. Looking back he thinks the show was “quite a bombastic installation” while also being “very intimidating, showing the lines were blurred between private and public.”

The installation was of its time, pre-Instagram and SnapChat, and marked the start of a cultural shift. “In 2017 in a way it’s still the same, it hasn’t changed. I mean it’s only that there are more and more photographs,” says Kessels. “There would be more and more photographs in that installation. But we are still living in that same period of time.”

Kessels varied experiments with the narrative possibilities of curation and appropriation continue to push the medium’s vernacular. Central to all of his work is the responsibility he places on the consumer – challenging us to consider how we view and contribute to the visual mass media. “Every day we have to make choices, otherwise we explode almost because then the information is too much for us,” he says. “A lot of the real curators can learn from these millions of amateur curators because of what kind of choices are being made. And what kind of mistakes.”

Erik Kessels is a Dutch artist, designer and curator with a particular interest in photography, and creative director of KesselsKramer, an advertising agency in Amsterdam. Kessels is exhibiting at CAMERA in Turin, Italy from May 31 to July 30 and at NRW Forum in Düsseldorf, Germany from August 11 to November 5.

The Many Lives of Erik Kessels is published by Aperture and is available to order here.

Natalie Matutschovsky, who co-produced this video, is a senior photo editor at TIME. Follow her on Instagram. 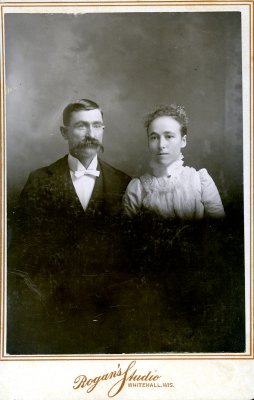 The Bizarre Ritual of the 19th Century Wedding Photo
Next Up: Editor's Pick