U.S. Energy Secretary Rick Perry said Tuesday that he supports remaining in the Paris Agreement but would like the country to “renegotiate” the landmark climate change accord.

Perry’s comments come as President Trump is considering whether to pull the U.S. from the agreement, a 2015 deal between nearly 200 nations that was considered a key part of the Obama administration’s climate change agenda. After postponing an earlier meeting, senior White House officials are reportedly set to discuss their position Thursday. The Trump administration previously promised a decision by the end of May. As a candidate, Trump promised to get the U.S. out of the deal if elected.

“I’m not going to tell the President of the United States let’s just walk away from the Paris Accord,” Perry said before leaders of the renewable energy industry at the Bloomberg New Energy Finance (BNEF) conference in New York. “But what I’m going to say is we probably need to renegotiate.”

Perry’s remarks reflect the thinking of a number of top officials inside the White House as well as certain leaders in the oil, gas and coal industries, who believe the U.S. can remain in the deal while reconsidering the terms of the nation’s commitments. Renegotiation of the entire deal would be next to impossible given that it entered into force last year after decades of talks. But the U.S. could unilaterally change its commitment to cut greenhouse gas emissions without any concrete penalty.

Perry also offered support for renewable energy sources advanced through the free market, but suggested that the rapid growth in the sector over the last decade has come as the result of “the heavy hand of regulation.”

During a question and answer period, Perry also suggested that increased reliance on renewable energy sources like wind and solar might make the grid unreliable given they only work when the sun is shining and the wind is blowing, creating national security concerns. The Trump administration might try to preempt state and local governments that use policy to encourage clean energy to address those concerns, Perry said.

“There’s a discussion, some of it very classified that will be occurring as we go further,” Perry said. “The conversation needs to happen so the local governors and legislators, mayors and city council understand what’s at stake here in making sure that our energy security is substantial.”

Ethan Zindler, the Americas head at BNEF who led the question and answer period, responded that the notion of preemption would “send shudders” to companies invested in renewable energy. Indeed, many energy analysts disagree that expanded use of renewable energy will make the grid unreliable, citing new forms of energy storage and technology that help mitigate risk and over-use.

Perry’s comments follow a number of new policies and directives from the Trump administration aimed at reviving the coal industry at the expense of clean energy. Trump signed an executive order in March that could undo Obama’s Clean Power Plan, which requires states to move away from coal-fired power plants, and earlier this month Perry ordered a study of the electric grid to support his argument that the U.S. cannot rely too heavily on renewable energy.

Renewable energy analysts say their business remains strong because the cost of wind and solar power continues to decline just as solutions like battery storage continue to develop. “Can they slow growth?” asked Gregory S. Wetstone, CEO of the American Council on Renewable Energy, a non-profit that advocates for renewable energy. “Not a lot, but it’s disturbing to see a signal like that.” 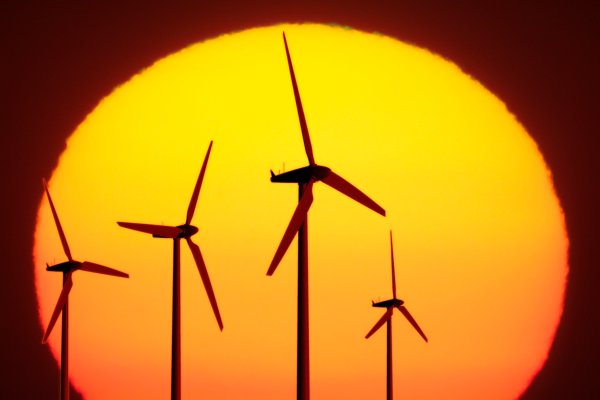 The Potential Hidden Costs of Green Energy
Next Up: Editor's Pick