Catharsis was in the air when Demi Lovato took the stage at the TIME 100 Gala to sing her high-energy song “Confident.”

Lovato, a member of TIME’s 2017 most influential list, performed a series of her top hits on Tuesday after editor-in-chief Nancy Gibbs’ opening remarks. After “Confident,” Lovato belted out to the vocally athletic “Stone Cold” and closed with “Cool for the Summer,” but not before getting down to thank you’s.

“Thank you so much for having me. It is such an honor. I celebrate everyone in this room, and it’s an honor to be here,” she said in between songs. The crowd was rounded out with world leaders, iconic celebrities, and heroic pioneers, you know if discovering planets is your thing.

Of Lovato’s work toward blunting the stigma of mental illness, Arianna Huffington wrote in TIME: “After being diagnosed with bipolar disorder, instead of hiding it she partnered with Be Vocal, a campaign devoted to getting people to speak up about mental illness and the stigma around it. She has also been a public role model, unashamedly chronicling her struggles with substance abuse (she is now five years sober) and eating disorders. And having been bullied as a child, Demi has taken up the cause to protect other children.”

Watch highlights from her performance above. 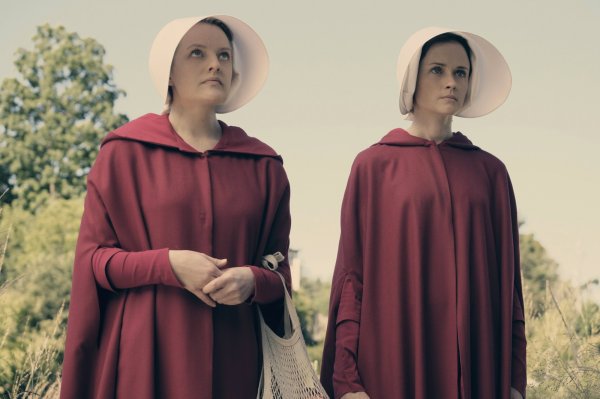 The Handmaid's Tale Showrunner on Why He Made Some Major Changes From the Book
Next Up: Editor's Pick