Ivanka Trump was booed by the audience as she defended her father as a supporter of women, while answering questions in Germany about her dual role as a first daughter and presidential adviser.

Trump spoke on the W20 Summit‘s ” Inspiring Women: Scaling up Women’s Entrepreneurship” panel, moderated by German journalist Miriam Meckel, on Tuesday in her first international appearance since she officially joined the White House as a West Wing employee.

“Germany is not familiar with the concept of a First Daughter,” Meckel told Trump. “You’re representing the people of the United States, your father, or your business?”

“Certainly not the latter,” Trump said, acknowledging that her role in the White House is new to her as well, and she’s still figuring it out herself. ” This is early for me. I’m listening, I’m learning, I’m defining the ways in which I think I’ll be able to have impact.”

Bringing her presence in Germany back to the panel, Trump emphasized that, as an executive in the private sector, she cares about empowering female entrepreneurship and appreciates the opportunity to champion this issue.

Meckel also questioned Trump about her father’s views on women, adding that the audience was visibly displeased when she called her father a champion for working families, given his past comments on women.

Noting that the criticism has come from the media, Trump responded with the line of defense she used on the campaign trail — that she could vouch for her father as a female advocate in the workforce and as a daughter.

“I’ve certainly heard the criticism from the media and that’s been perpetuated, but I know from personal experience, and I think the thousands of women who have worked with and for my father for decades are a testament to his belief and solid conviction in the potential of women,” she said. “As an adviser and as a daughter, I can speak on a very personal level knowing that he encouraged me and enabled me to thrive.”

Following the initial line of questioning, Trump discussed the topic of the panel, arguing that credit barriers and lack of mentorship contribute to a gender divide in entrepreneurship. But she did field a subsequent question about her father’s administration and how their views aligned.

On policy, Trump advocated for affordable childcare, something she says is not provided adequately in the United States, and lamented that the United States is the only developed country without a paid leave policy benefitting families. She did praise Chancellor Angela Merkel, who invited her to appear on the panel, for passing equal pay legislation in Germany.

“That’s something we should all be looking at,” Trump said.

Trump has yet to come out with an official policy on equal pay legislation. She has not issued an official comment on any of the legislation introduced in Congress.

Trump’s Berlin visit is not complete. The first daughter will also visit the Holocaust Memorial in Berlin, attend a gala dinner at Deutsche Bank and visit the Siemens Technik Akademie.

The President has yet to make a trip abroad. 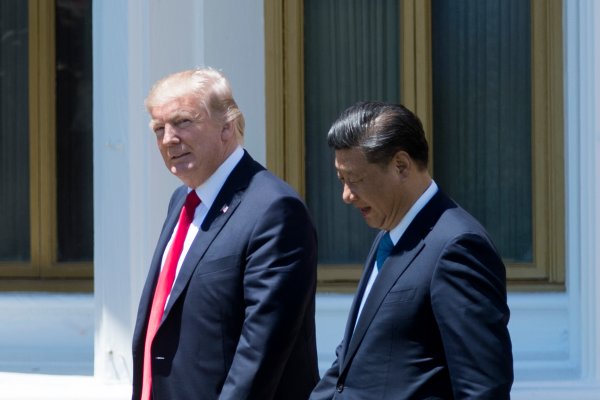