If the average age of people at your workplace dips suddenly on Thursday, thank Marie C. Wilson. As one of the women who helped launch the annual observance now officially known as “Take Our Daughters and Sons to Work Day,” she’s been at the forefront of encouraging parents to expose their kids — and specifically their daughters, in the idea’s earlier incarnation — to the wide range of work experiences they might look forward to.

The idea emerged in the early 1990s amid a national conversation about what was next for feminism. Women were increasingly gunning for higher-paying, higher-profile jobs at their workplaces. The testimony of law professor Anita Hill during Clarence Thomas’ 1991 Supreme Court confirmation hearing had changed the way Americans talked about workplace harassment, and had helped propel women to historic victories in the U.S. Senate and the House of Representatives — four seats in the former and 24 in the latter in 1992 — during what became known as “The Year of the Woman.”

Wilson, president emerita of the Ms. Foundation for Women, which originated the idea, told TIME how “Take Our Daughters to Work Day” came out of this eventful period in women’s history.

TIME: Where did the idea for Take Our Daughters to Work Day come from?

[The Ms. Foundation] hired a great consultant, Nell Merlino, who told us a story that she had heard about a girl who was at a school that made arrangements for her to have an internship at a wonderful place in downtown New York. The girl went to the building, and she couldn’t go in. She was really intimidated, and she went home. They sent her a second time, and she got there, got a little further [inside the building], but she just couldn’t [go upstairs]. Finally, the person who had been working with her at the school just came with her and took her up to see the woman, and she got a great internship and lived happily ever after. Gilligan knew that it was important for women’s voices to support girls in keeping their sense of self in adolescence.

So we thought, How could they do this at work? What if we got people, on one day, to pay attention to girls in this way? As future employees, not for their bodies?

We thought it would just be a little day in New York [until] Gloria [Steinem] stopped by the foundation on her way to talk to Parade magazine, and we told her about “Take Our Daughters to Work Day,” and then she told Parade, and that’s how [the idea] got out into the world ahead of schedule.

Do you have any favorite stories about the day from the beginning?

In your book Closing the Leadership Gap, you talk about trying to modernize views of women at a conservative banking community where you worked. How much did your personal experience in the working world factor into the planning of the first Take Our Daughters to Work Day?

My mom had been a beautiful, really smart, working-poor mother. Her idea of how she was able to get ahead was not only by studying at dental school while my dad was in World War II, but also she knew being beautiful helped her so much. So I played the marimba and danced my way to become Miss Atlanta Junior at age 9 or 10. We weren’t supposed to be smart then; we were supposed to be pretty and please boys. When I was younger, I had a job with a boss whom I had to duck from because he’d always try to kiss me. Then, when I worked at a university, I had a dean who was quite wonderful — though no matter how much money I made for the university, it didn’t stop him from throwing spitballs at my breasts. I’ll never forget the time that my daughter, who was in high school, saw me taking a bath and crying, and she looked at me and said, “I hope I never have to take a job that does that to me.”

I didn’t have time to give my children the time they needed, particularly once I went to work. It was hard on them. I had a husband who was a very talented choral conductor, but we had all of these small children, and there wasn’t a lot of money. When my job [creating a division of women’s programming at Drake University] became very high-profile, that was very hard because he was supposed to be the star. It ruined our marriage. So I think Take Our Daughters to Work Day came out of looking back at what I would have wanted to do had I not actually decided on a more passive role in life. I hated that I didn’t go out to work earlier. I got married at 22 and had my first kid at 22, then stayed at home and had a lot of children quickly at 24, 26, 28.

Were any industries more willing to adopt this tradition from the get-go more than others?

I think healthcare originally. They were the first people to fund it. But that was because it was [full of] real women’s jobs.

How would you describe Take Our Daughters To Work Day’s place in women’s history and the evolution of the women’s lib movement?

It was actually a prime time in the women’s movement for something like that. It was at a serious, hard time for women, when women — who had only been in the home — were returning to school and having to go back to work to support the family. They were called displaced homemakers because they didn’t have skills.

What are good questions for girls to ask this Thursday?

What [people] like about their work, what they don’t like, what was their education, their skills, do they like working with women — those are vital questions for girls to ask. And it would be good for them to see the non-traditional work that women do, like women doctors.

What do you think has changed the most between the early 1990s and today, in terms of how the day is carried out or how youngsters learn about career paths?

At this point I think companies that do it probably bring boys too. We hoped to do a Take Our Sons Home Day, and we wanted boys to learn about the house, what it’s like to be at home, and create a whole curriculum around the issue of two-career families. I think now companies talk to boys about how to be a father at work, but I still don’t think girls know all of the different jobs that are out there. They are not privileged to know what jobs there are in the world, and don’t have the privilege of seeing what a big office looks like in the center of their cities.

I don’t think there are as many people who need it because of the Internet. It’s more accepted that women are there, working jobs, but it’s not just for girls. Originally, we started it to remind adult women of what dreams they had. And there are still plenty of adult women who are not living out their dreams. 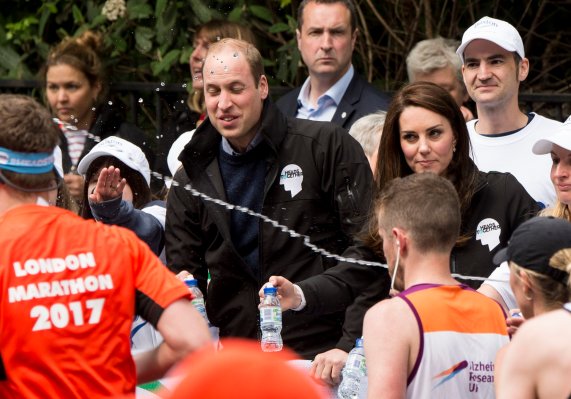