By Maya Rhodan and Elizabeth Dias

Former Secretary of State Hillary Clinton and the U.S. Agency for International Development (USAID) will announce Thursday a new high-tech program to fight poverty across the globe.

The program, called the U.S. Global Development Lab, is a partnership between USAID and 31 universities, corporations and foundations that will support and develop solutions to global problems using science and technology. Its goal is to eradicate extreme poverty by 2030.

For USAID administrator Dr. Rajiv Shah, the project has been a long time coming. Since taking the helm at USAID—and before, when he served as undersecretary for the U.S. Department of Agriculture—Shah has worked to develop solutions to solve the world’s problems through science, often alongside Clinton.

Shah was at the USDA finding ways to improve agriculture through science while Secretary Clinton was constructing a global food initiative. Shah says he proposed marrying the efforts to take a meaningful jab at ending world hunger.

“I said, look, if we could get and invent new seeds, new mobile technology and open new data centers to help farmers connect their crop prices and understand weather variability we can do something transformational against hunger,” says Shah. “And not just reach a small percentage of the people that are hungry with food.”

By using a strategy based in science and technology to approach the myriad issues faced by poor communities across the globe, Shah says America can lead the effort to end poverty. Any change, however, won’t happen overnight. The USAID has spent the past four years cutting programs and reallocating funds so the Lab would have the resources necessary to launch. In 2008, the USAID spent only $127 million on scientific developments. In 2013, they spent closer to $800 million. They’re expecting as much as $30 billion in individual investment over the course of the project with the help of their partners, including The University of California at Berkeley, Coca-Cola, and the Gates Foundation.

Those partners are developing products that marry cost-effective strategies with science and technology, often creating simple strategies to tackle problems ranging from hunger to disease to literacy in the process. A group of Stanford University graduates are shopping a low-cost, environmentally friendly home lighting product that set out to reach 22 million people in Africa who currently rely on kerosene lamps to light their homes at night. USAID partners at Berkeley created a mobile application that can detect water borne diseases using an iPhone camera and parts built from a 3-D printer. And by working together, USAID hopes the solutions will reach a higher number of people at a faster pace.

“We see this as a transformation in how you do development,” said Lona Stoll of USAID. “By tapping into things that really make America what it is, which is our entrepreneurial spirit, our scientific expertise, and our real commitment to help people, you have a real ability to accelerate our impact.” 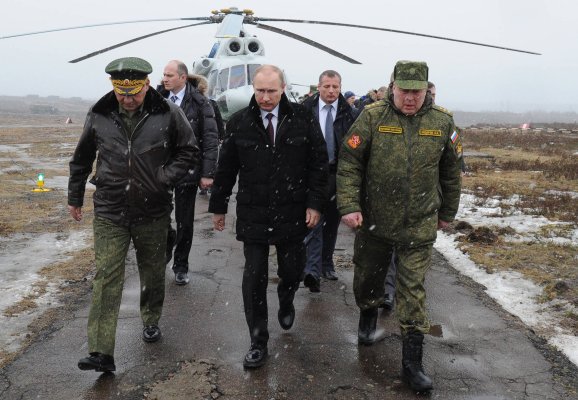 Americans to Putin: You're No Hitler
Next Up: Editor's Pick