What Is Life Worth? Attorney Kenneth Feinberg Has the Answer

By the time an organization hires Kenneth Feinberg, the tragedy itself is oftentimes long over with. Its victims, however, remain. And it is Feinberg’s job to figure out a way to quantify their loss.

On Tuesday, General Motors announced it had brought Feinberg on as an adviser, signaling that the country’s biggest automaker was planning to compensate victims of accidents linked to defective ignition switches in millions of its vehicles. Feinberg has become the go-to when companies or governments need to answer a tricky question: What’s life worth?

Feinberg likes to make that sounds a lot simpler than it seems. “What I do is not rocket science,” Feinberg explains. “Thousands, millions of Americans could do what I do. It certainly doesn’t require a law degree. A divinity degree maybe.”

After attending law school at New York University in the 1960s, Feinberg clerked for New York State Court of Appeals Judge Stanley Fuld alongside Jack B. Weinstein, who later became a federal district judge. In 1984, Weinstein presided over a class-action lawsuit brought by 250,000 Vietnam War veterans against the manufacturers of Agent Orange. Weinstein asked Feinberg to mediate the dispute. “He told me, ‘You know how to get things done,’” Feinberg recalls. “And I said, ‘I’ve never mediated in my life. I’ve never even taken a law school course on mediation.’”

Still eight weeks later, Feinberg delivered a massive $180 million settlement. It was on the front page of every newspaper in the country, and overnight, Feinberg became the most in-demand mediator in the U.S. He started getting letters like: Gee, Ken, we saw you settled Agent Orange. I’ve got a really tough case for you…

For the next 15 years, Feinberg became a full-time complex dispute mediator in a variety of cases, often involving mass catastrophes with horrific injuries and damages like asbestos, personal injury claims and deaths linked to pharmaceutical companies. He even helped determine the fair market value of the Zapruder film, which shows the assassination of President John F. Kennedy. (It turns out, the film’s worth $16 million.)

But his most trying challenge came in the early 2000s when he was named the special master of the September 11 Victim Compensation Fund, a dispute in which he visited with 950 different family members to eventually help allocate $7 billion. “That was very taxing, very debilitating,” he says.

In the years since, he’s done similar work for victims of the Virginia Tech shootings, the BP oil spill and the Boston Marathon bombings. While GM has yet to say that it’s planning to provide restitution to the families of the 13 people who have died and as well as those linked to 31 accidents, retaining Feinberg is significant. “You don’t go to Ken unless you’ve got some troubles,” says NYU law professor Samuel Isaacharoff. “It indicates a seriousness of purpose about getting things resolved without a full-on litigation war.”

Isaacharoff, who has known Feinberg for 20 years and taught with him at NYU and Columbia, says he has a way of resolving matters that leave everyone standing and with a sense of dignity. “It’s a remarkable chain of success,” he says.

Feinberg says he’s just starting to gather information about the GM dispute and declined to go into specifics about what he plans to do for the automaker, but he did liken the case to his work regarding victims of sexual assault related to former Penn State football coach Jerry Sandusky. In that case, Feinberg worked to get individually negotiated settlements for each victim.

And yet Feinberg is dismissive of any special talent needed to mediate. He says the best way to describe his success is that he’s got a knack for negotiating among victims who have been through tragedy.

“You’re dealing with innocent victims who are emotionally debilitated, emotionally damaged, and when you process individual claims for compensation, you better brace yourself for anger, frustration, disappointment and a total absence of gratitude,” he says. “You just have to realize you’re dealing with fragile people, and you can’t get angry.” 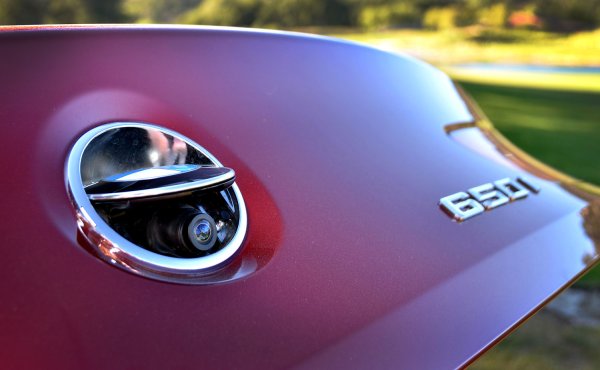