Syrian Civil Defense Leader Raed Saleh at the TIME 100 Gala: 'We're Happy to Be That Hope'

“We’re happy to be that hope. We’re hope in the face of a disappointing landscape where politicians and world leaders have failed and abandoned the Syrian people through all of their suffering,” Saleh said, speaking at the TIME 100 Gala on Tuesday night. “I hope next year that instead of me being here, it will be someone who was able to bring peace, not only to Syria, but to every place in the world that has conflicts.”

The Syrian Civilian Defense is a team of nearly 3,000 volunteers known as the White Helmets, who work as first responders amid the destruction of Syria’s civil war. Their work was the subject of the documentary The White Helmets, which won an Oscar this year.

Saleh, a member of the 2017 TIME 100 list, was an electronics salesman until he became a search-and-rescue volunteer during the Syrian civil war.

“The most defining moment for us, after we started this organization, was a few years ago in the city of Aleppo, there was a child who was in his home and the three-story home fell on this child,” Saleh said Tuesday, speaking through an interpreter. “And after 16 hours of continuous digging and trying to find this child, we were able to pull out a 10-day-old baby from underneath this rubble who was still alive.”

“That moment gave us the inspiration to continue doing all of this work,” he said. 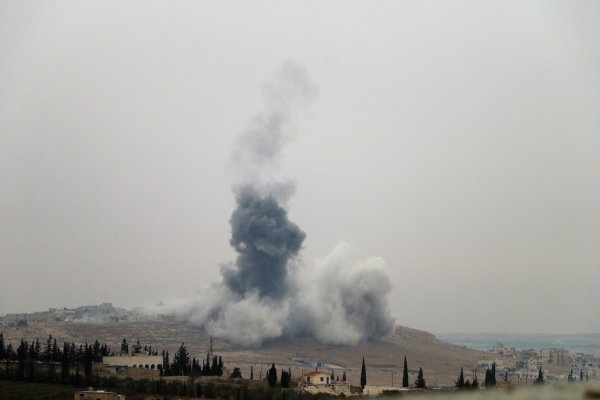