Afghans pay tribute to the victims of a Taliban attack on an army base on the Wazir Akbar Khan hilltop in Kabul on April 23, 2017.
Wakil Kohsar—AFP/Getty Images
By Nikhil Kumar

Afghanistan’s defense minister and army chief resigned Monday, days after the Taliban mounted its deadliest ever attack on security forces in the country, killing scores of soldiers at a major military base in the northern city of Mazar-e-Sharif.

The April 21 attack on the installation by as many as ten Taliban insurgents dressed in Afghan army fatigues and driving military vehicles shook the war-torn nation, which observed a day of mourning over the weekend.

In a fallout from the raid, the country’s President Ashraf Ghani accepted the resignations of the defense minister and the army chief on Monday, with a tweet from the President’s office confirming their exit.

With more than 100 soldiers killed — some reports put the figure of army personnel murdered in the raid at around 170 — the assault underlined the growing threat posed by a worsening Taliban insurgency. Ousted from the capital Kabul by a U.S.-led coalition in 2001, the militant group has regained strength following the end of Nato’s combat mission in Afghanistan and the exit of most foreign troops at the end of 2014.

The Mazar-e-Sharif attack took place a week after the U.S. unleashed the so-called ‘Mother of All Bombs’ on ISIS fighters in eastern Afghanistan.

The dropping of the 21,000 lbs GBU-43 bomb, the largest non-nuclear device ever used in combat, in the Achin district of Afghanistan’s Nangarhar province generated global headlines and was described by President Donald Trump as a “very successful mission.”

But while ISIS has claimed several attacks in the country, the Mazar-e-Sharif attack highlighted the fundamental threat from the Taliban, the central and increasingly powerful insurgent force there. 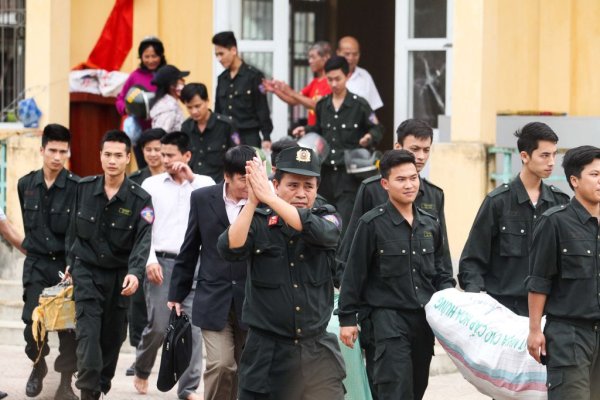