John Oliver Casts Some Shade on The White House

John Oliver has a few questions about what is going on in the White House, or as Oliver calls it “the building inside which Donald Trump is regularly naked.” If that image keeps you up at night, Oliver is okay with it, because he wants to make sure anyone banking on Jared Kushner and Ivanka Trump keeping the country and world safe to have a good long think about that.

Oliver likens Kushner and Trump to “America’s William and Kate, except in this case both of them are attractive.” According to Oliver, the couple have been playing an important role for liberals who are anxious in the wake of the election and banking on the pair acting as a moderating influence on the President and guiding his hand away from the big red button labeled “Nuke Earth.” On Last Week Tonight, Oliver tried to figure out whether Ivanka (“Trump’s only daughter, except for and yet somehow including Tiffany,” Oliver joked) was truly a moderating influence on her father.

Oliver also took a close look into what in Kushner’s background justifies his current role in the White House, where he has been tasked with jobs like solving the opioid crisis, finding peace in the Middle East, and restructuring the entire federal government. Oliver’s research revealed that Kushner’s main trait appeared to be that he was very quiet, so quiet in fact, that Oliver was only able to find one interview with him — and he sounds an awful lot like “Gilbert Gottfried.”

While Trump and Kushner and their supporters are probably unhappy with Oliver’s attention, Oliver swears this wasn’t an attack on them. “I don’t know enough about them to eviscerate them, just as you don’t know enough about them to justify putting any real hopes in them,” said Oliver, before continuing: “If they are the reason you are sleeping at night you should probably still be awake.” 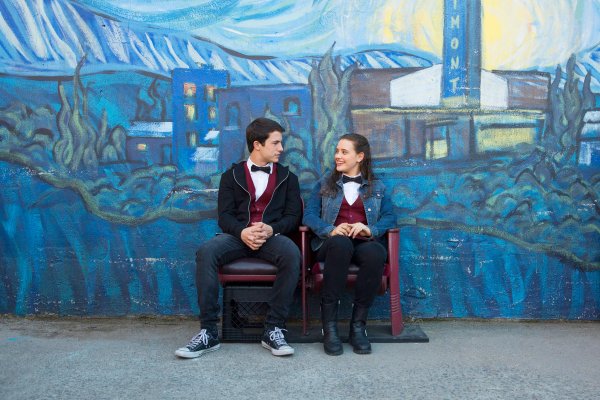 '13 Reasons Why' Takes Crown for Twitter Conversation
Next Up: Editor's Pick