American Airlines suspended a flight attendant after a video emerged of an altercation between him, several passengers and a mother carrying her child on Friday.

The video, uploaded to Facebook by Surain Adyanthaya, shows a woman crying while holding her baby allegedly after the flight attendant “violently took a stroller,” “hitting her and just missing the baby.”

It also shows another passenger who seemed to be defending the woman and yelling the flight attendant, saying, “You do that to me and I’ll knock you flat.”

The flight attendant, who appeared angry at the passenger’s remarks, challenged this passenger, saying “Hit me, come on,” as his colleagues held him back.

The altercation occurred on a flight taking off from San Francisco for Dallas-Fort Worth. Americans Airlines said it was investigating the incident in a statement on Friday.

“What we see on this video does not reflect our values or how we care for our customers. We are deeply sorry for the pain we have caused this passenger and her family and to any other customers affected by the incident.”

The airline company also said they are “taking special care of her and her family and upgrading them to first class for the remainder of their international trip.”

The video emerged just weeks after another one of Dr. David Dao was forcibly removed from a United Airlines flight went viral. That video sparked national outcry, and a lawyer representing Dao said he suffered several injuries as a result.

United Airlines has since apologized for the incident, and the three Chicago Aviation officers involved in the incident have been suspended. 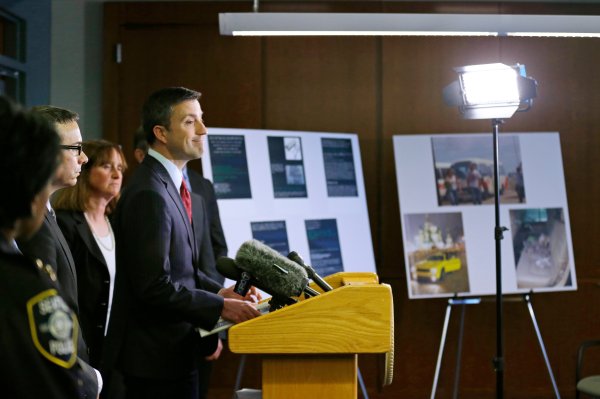 Hacker Son of Russian Lawmaker Sentenced to 27 Years in U.S. Prison
Next Up: Editor's Pick