This Is the Most Tweeted-About Show of 2017 So Far

Netflix’s popular new teen drama 13 Reasons Why has stirred up a number of conversations online, thanks in part to its controversial subject matter: teen suicide and mental health. The streaming series, released on March 31, has also set a new record for Twitter conversation this year, Variety reports, picking up over 11 million mentions on the platform in less than one month.

The 13-episode series, based on Jay Asher’s young adult novel of the same name, tracks the events leading up to the death of Hannah Baker (Katherine Langford), as seen through the eyes of her fellow high schoolers — some friends, some enemies, all complicated relationships. The show got an extra boost of publicity thanks to its big-name executive producer, pop star and actor Selena Gomez. Gomez, who was initially set to star in the adaptation before stepping back into a more behind-the-scenes role, is one of the most-followed people on social media and a vocal advocate for destigmatizing conversations around mental health.

An often dark investigation into adolescence, bullying and the challenges of growing up with the pressures of modern teenhood, 13 Reasons Why has ignited passionate debate on Twitter, with many fans thankful that it brings an important subject matter out of the shadows, and others expressing concerns that it romanticizes suicide. 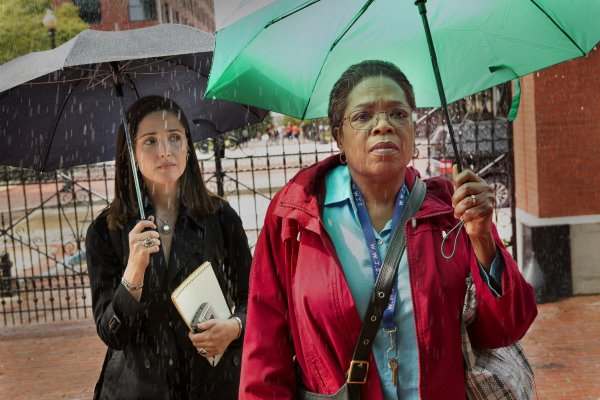 What to Know About The Immortal Life of Henrietta Lacks
Next Up: Editor's Pick