By David Johnson and Maya Rhodan

As President Trump approaches his 100th day in office, he’s earned one distinction over his predecessors that he probably won’t not tout: A historically low approval rating.

According to recent polls, Trump will reach 100 days in office with the lowest early approval ratings of any President in modern history. Trump’s approval rating was 43% as of April 27, according to Gallup — 8 points up from his lowest ever rating of 35% in late March.

The only other President in the past 70 years to come close was Gerald Ford, whose approval fell from 71% at the start of his term to 48% by his 100th day, after he pardoned Richard Nixon. Barack Obama, by contrast, saw an approval rating of 65% on his 100th day in office.

Here, you can compare Trump’s 100-day approval ratings with all the presidents dating back to Harry Truman, whose first approval poll was taken in June of 1945, nearly two months after Truman took office. Gallup has since started polling closer to the start of the presidency — President Trump’s first approval poll followed his inauguration by two days.

Approval data is from Gallup polls and compiled by the American Presidency Project. 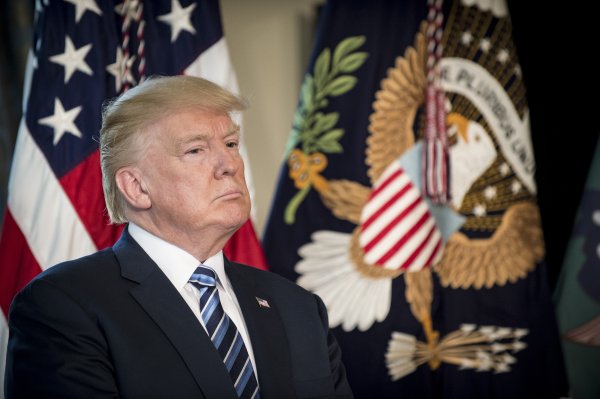