The Justice Department sent warning letters to officials in eight jurisdictions on Friday, warning each to prove they are complying with federal immigration laws or risk losing of federal grant funding.

Officials in Chicago, New York, New Orleans, the California Department of Corrections, Philadelphia, Las Vegas, Milwaukee, and Miami all received letters. Justice said each had been identified in a 2016 inspector general report as having laws that may violate federal law.

The letters were reportedly sent to “remind” officials that they agreed to prove they do not restrict their local officials from sending federal immigration officials any information about the immigration status of any individuals under their purview under the Byrne Justice Assistance Grant. The Justice Department wants documents proving each is following immigration law by June 30. The grant is “leading source of federal justice funding to state and local jurisdictions,” according to Justice Department officials, and can be used to help reduce gun violence or to fund body camera programs.

The letters follow a warning Attorney General Jeff Sessions issued at the White House in March when he threatened to “claw back” federal grant funding for so-called sanctuary cities, or areas where local officials limit their interactions with immigration enforcement. Officials in sanctuary cities often refuse to detain undocumented immigrants simply because they are in the country illegally.

The Trump administration as a whole has taken a hard-line stance on immigration, calling for the speedy removal of criminals while also broadening the levels of crime that could subject someone to deportation. Attorney General Sessions has taken particular aim at sanctuary policies, saying they are linked to spikes in crime and threaten public safety. In a statement on Friday, the Department of Justice said many of the jurisdictions they sent letters to are “crumbling under the weight of illegal immigration and violent crime.”

“The number of murders in Chicago has skyrocketed, rising more than 50 percent from the 2015 levels,” the statement continues. “New York City continues to see gang murder after gang murder, the predictable consequence of the city’s ‘soft on crime’ stance.”

New York City has, in fact, seen a historic reduction in crime, according to the NYPD.

Nisha Agarwal, commissioner in the New York Mayor’s Office of Immigrant Affairs called the Justice Department’s notion that New York is unsafe and that its safety has anything to do with immigration policy “outright false” during a conference call on Friday. Ultimately what they’re doing is conflating immigrants with criminality,”she said.”

Agarwal accused the administration of being engaged in a lot of “saber rattling,” but says the city is ready to respond to the letter and prepared to take unspecified legal action if it comes to that. According to the New York Times, the city received a $4.3 million federal grant in 2016.

Officials in Chicago have already said they would hold firm against Sessions’ threats. In a statement to the Chicago Sun-Times in March, a spokesman for Cook County Board President Toni Preckwinkle said, “let’s be clear that we cooperate with other government entities to the extent required and permitted by applicable law.”

In an emailed statement to TIME, California Attorney General Xavier Becerra said the state has the right to “determine how it will provide for the safety and general welfare of its residents and to safeguard their constitutional rights.”

“Fear mongering and falsehoods will not intimidate our state into compromising our values,” he said. “Federal threats to take away resources from law enforcement or our people in an attempt to bully states and localities into carrying out the new administration’s unsound deportation plan are reckless and jeopardize public safety.” 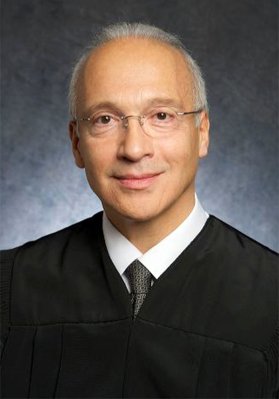