'Call of Duty' Is Headed Back to World War II

I knew it, you knew it. Who didn’t assume Activision’s first-person tentpole Call of Duty was bound to time-travel back to its 20th century roots sooner or later?

Make that sooner. Call of Duty: WWII is a thing, and…that’s all we know about it at this point. Well, and that it’s developed by Sledgehammer Games, the Activision subsidiary best known for 2014 series installment Call of Duty: Advanced Warfare (the one with Kevin Spacey doing a near-future version of his mercenary House of Cards persona).

Call of Duty‘s leap back to the era of Panzerkampfwagens, M4 Shermans and Walther P38s follows EA DICE’s own retro maneuvering last year, when it shifted its rival Battlefield series to World War I, a period until that point generally overlooked in first-person shooter-dom. Call of Duty first visited World War II in its 2003 debut, and kept to the period for its next two installments. It first stepped away in 2007 with Call of Duty: Modern Warfare, briefly revisiting World War II by way of the Pacific Theater a year later in 2008’s Call of Duty: World at War. For the better part of the last decade, the series has leapt forward in time, culminating in last year’s sci-fi, solar system hopping Call of Duty: Infinite Warfare.

Activision says Call of Duty: WWII will be revealed globally on Wednesday, April 26 at 10 a.m. PT. by way of an official livestream featuring studio heads and founders Michael Condrey and Glen Schofield. Both formerly worked for Visceral Games, where they helped create the sci-fi survival horror game Dead Space. 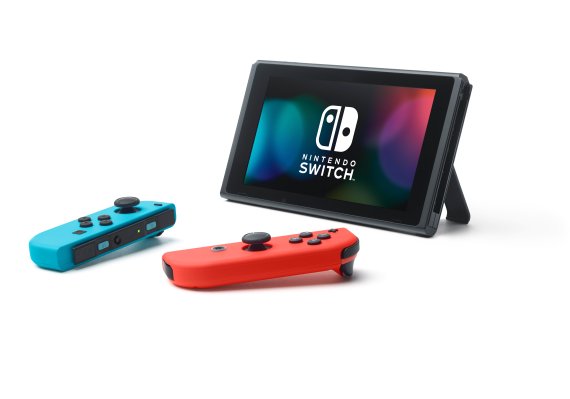 The FTC Doesn't Want You to Fall for This Nintendo Switch Scam
Next Up: Editor's Pick