Women Trump Voters Are Starting to Doubt Him

Gardner is the founder and president of Voter Participation Center and Women’s Voices Women Vote Action Fund. Greenberg is a New York Times best-selling author and a polling advisor to presidents, prime ministers and CEOs globally.

President Donald Trump won the 2016 election partly because many Americans believed that a businessman not beholden to special interests could shake up politics, get things done and reform government so it finally works for them. Some of those supporters are starting to worry. The surprisingly close contest in the congressional special election in ruby-red Georgia this week telegraphed possible doubts about whether the President and congressional Republicans can bring change. Now new focus-group research reveals the potential for these Trump voters to become disillusioned with his performance before he hits even 100 days.

In late March, Women’s Voices Women Vote Action Fund went to the battleground states of Virginia and Ohio to talk to 52 women who voted for and against Trump in the Presidential election. We talked with African American, white working-class, unmarried and older women, as well as Millennials, in six focus groups conducted by Democracy Corps. These are voters who have the power to determine the outcome of the 2018 midterms and beyond. As they reflected on what they learned about Trump’s budget and the failure of Republicans’ health care reform, they revealed top-of-mind worries about Trump’s ability to deliver on his campaign promises.

Until now, the President’s voters have generally been unreceptive to criticisms of their man — particularly since they think that his opponents never accepted the election results and that Republican leaders never really supported him anyway. But the women we spoke with began articulating some deep worries in the face of now credible reports of the damage Trump’s policies would inflict on seniors, working- and middle-class Americans, and parents trying to raise children across the country.

Some of Trump’s characteristics — once considered strengths — seem to now produce different conclusions. The mostly working-class women in the Ohio and Virginia focus groups now wonder: Is it possible that Trump being raised with extreme wealth keeps him from seeing the struggles of everyday people? To propose massive increases in military spending and billions for the border wall (which they view as a vanity project) while cutting Meals on Wheels, after-school programs and cancer research signals Trump may never have walked a mile in their shoes.

By supporting a budget that benefits the rich and slashes services for working women and their families, and pushing a health-care bill that failed to deliver on Trump’s promise to make coverage more affordable, Trump may finally have forced a common ground between a group of formerly ardent supporters and Clinton voters — all of whom were dismayed when they saw the harm his budget policies would cause average Americans like themselves. While not particularly concerned by his billionaire Cabinet, his priorities that put the wall and tax cuts for billionaires ahead of their families’ needs for affordable health care and help with older parents and their kids has elevated doubts with voters on both sides that Trump may be too rich and protected to see how much damage he could cause people like them.

Democrats hoping for a wave election in 2018 must reverse historically disappointing off-year turnout by these voters in 2010 and 2014. To succeed, the party will need to motivate these women to register and turn out by introducing economic and job policies specifically designed to appeal to them. Many expressed in the focus groups how they’re living on the edge and that financial insecurity is an ever-present factor in their homes. It became clear: Voters who were unenthusiastic about Clinton and supported Trump may pull back from Trump and congressional Republicans as they learn more about the negative impact the President’s policies would have on their lives.

Asked at the end of the sessions to write postcards to the President, several women offered their continued support, but asked him to keep their concerns in mind. In one representative sample, a woman wrote: “You have the potential to do good things — you have a great business sense but you need to find more compassion/empathy into what many Americans face. Focus on helping those in our country & not on what can cause more harm.”

If Trump’s supporters’ doubts continue to grow in this fundamental way, it could impact the entire GOP in the year ahead. It could also provide Democrats with an opportunity to make substantial gains in 2018. If Trump’s priorities put them out of touch with the very real needs of these everyday voters, the writing will be on the wall for the GOP long before Trump’s ever gets built. 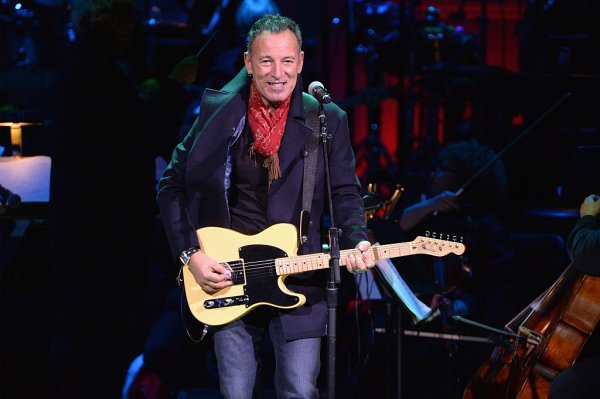