Jeff Sessions: 'I Wasn't Criticizing' Hawaii by Calling It 'an Island in the Pacific'

Attorney General Jeff Sessions landed in hot water Thursday for a seemingly dismissive comment towards Hawaii when he called it “an island in the Pacific” — but he says he did not mean to insult the state.

“I wasn’t criticizing the judge or the island,” Sessions told CNN on Friday. “I think it’s a fabulous place and had a granddaughter born there.”

His original comment came while he was discussing a federal judge who blocked President Trump’s revised travel ban. “I really am amazed that a judge sitting on an island in the Pacific can issue an order that stops the President of the United States from what appears to be clearly his statutory and Constitutional power,” Sessions said at the time.

Although he didn’t walk back his statement Friday, saying, “I don’t know that I said anything I would want to phrase differently,” Sessions did clarify what he meant. “I was just raising the point of that issue of a single judge taking such a dramatic action and the impact it can have,” he said. 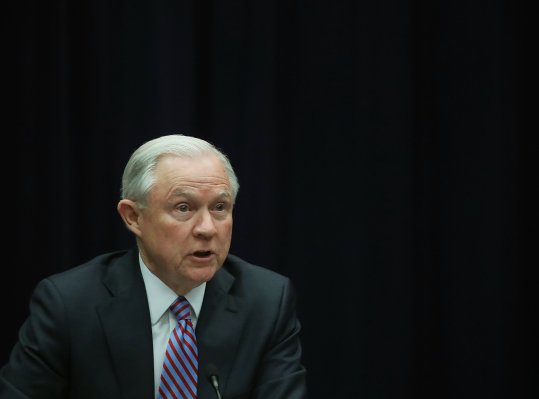