The Other Side of Confederate Memorial Day

There are distinct difficulties with crafting remembrance strategies for failed causes, some of which are revealed in the choice of April 26 for Confederate Memorial Day, which is still observed in several southern states, although for simplicity’s sake on the fourth or final Monday in April. Contemporary discussions of what it means to pay homage to the Confederacy have focused largely on the symbolic implications of the holiday. Yet the actual events and historical context of April 26, 1865 — the day it commemorates — make that day deserving of recognition in its own right, for reasons that Americans on either side of the Mason-Dixon Line may not have considered.

Historians more or less agree in crediting the women of the Ladies Memorial Association of Columbus, Ga., for issuing a region-wide call in April 1866 for a special day for “paying honor to those who died in defending the life, honor, and happiness of the Southern women.” Although Robert. E. Lee’s surrender at Appomattox on April 9, 1865, quickly became the single most iconic event in Lost Cause cultism, it was also registered in national memory as a day of joyous northern triumph and humiliating southern failure. The ladies who launched Confederate Memorial Day thus chose not to mark that capitulation, but one that came a few weeks later on April 26, when General Joseph E. Johnston formally surrendered to General William Tecumseh Sherman at Bennett Place in North Carolina. Coming 17 days after Appomattox, this occasion seemed little more than a postscript. As historian Eric J. Wittenberg notes, only a month later, in fact, did Harper’s Weekly offer a four-paragraph report on that day’s events, less than half the space accorded on the same page to “Paris Fashions of May.”

And yet, though dwarfed in symbolic stature by what transpired at Appomattox, both the actual and potential consequences riding on Johnston’s decision that day made it far more critical to shaping the postbellum future than many realize. In coming to terms to terms with Grant, Lee rejected Confederate President Jefferson Davis’s foolhardy plan to officially disband the formal Confederate Army in order to pursue a broadly dispersed campaign of guerilla resistance, which promised only to prolong the suffering of the military and civilian population. Johnston, who had been fired by Davis during the Atlanta campaign only to return to service specifically at Lee’s pleading, shared Lee’s feelings. This further displeased Davis, who was then hunkered down in nearby Greensboro, poised for an escape to the deeper South. Still, when Johnston informed him that, in contrast to the purely military terms offered at Appomattox, Sherman had tentatively agreed on April 18 to a much broader “political” arrangement that would leave Confederate state governments in place and guarantee certain protections to their citizens, Davis consented to his pursuing such a settlement.

Before these terms could be finalized, however, Sherman learned of Abraham Lincoln’s April 14, assassination, and an outraged Washington quickly admonished him to limit his terms strictly to those offered by Grant at Appomattox. Upon learning this, Davis ordered Johnston to immediately release his infantry and flee with his cavalry intact. Johnston promptly followed Lee’s lead in ignoring this order, setting the stage for a seemingly improbable capitulation by a commander to an adversary whom he had just recently bested in combat at Bentonville, N.C., in what would prove to be the last major battle of the Civil War. At the time of the negotiations at Bennett Place, Johnston’s forces in the vicinity were decidedly outnumbered but not surrounded or besieged by Sherman’s forces and fully capable of continuing to take the fight to them. Beyond that, when Johnston agreed to Sherman’s terms, he surrendered not only those under his immediate command, but all the Confederate troops remaining in the field in both the Carolinas, as well as Georgia and Florida, numbering nearly 90,000 and more than three times as many as those who stacked their arms at Appomattox. Though Johnston might have fought on, aware of Lee’s surrender and seeing no point in further bloodshed, he did both his new nation and his old and future one an enormous good turn on April 26, 1865.

Continuing to fight would have not only meant more senseless slaughter but further stoked the heightened northern antipathy already ignited by Lincoln’s assassination. This in turn might have provoked a corresponding counter-belligerence in the South and most certainly would have made postbellum reconciliation even more difficult than it proved to be.

Conciliation was clearly not the aim of the white society ladies who had organized a day to commemorate a rebellion that had ended scarcely a year earlier, and their cheekiness was to have profoundly ironic consequences. Barely two months after they launched their campaign, Union General John A. Logan fumed at the audacity of “traitors in the South [who] have their gatherings… to strew garlands of flowers upon the graves of Rebel soldiers.” Two years later, it was Logan — as Commander of the Grand Army of the Republic, the primary Union veterans organization — who issued a directive that May 30 should henceforth be set aside for the laying of wreaths and flowers on the graves of the Union dead. This “Memorial Day” would eventually become a national holiday honoring fallen veterans of all U.S. conflicts, although, even then, it was slow to catch on in the South.

Logan’s proclamation appeared to come in response to the actions of the white Confederate memorialists, but he might have found earlier and more affirmative inspiration in scenes like the one in Charleston, where African Americans gathered in great numbers on May 1, 1865, to decorate the graves of Union soldiers whose sacrifices helped to assure that their long and painful struggle for freedom would be thwarted no longer.

Conflicts over the continued observance of Confederate Memorial Day suggest that these official commemorations of those who fought on the wrong side of that struggle now belong on the endangered holidays list. Even so, the motives of those who seized on April 26, 1865 as a symbol of their now-discredited causes of slavery and disunion, should not obscure the day’s substantial import for the cause of freedom and the future of American nationhood as well. 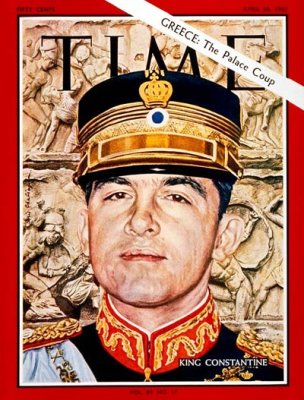 50 Years Ago This Week: The Liberal Civil War
Next Up: Editor's Pick