President Trump began Friday by blasting critiques of the first 100 days of his presidency as a “ridiculous standard.” But he hasn’t always felt that way.

In fact, measuring the success of his first three months in office is something Trump has encouraged in the past. As a candidate, Trump released a “contract with the American voter” that included a “100-day action plan.”

While Trump has a lot of work to do to meet his own 100 day goals, as CNBC reports, he’s continued to publicize the milestone and raise expectations.

“There are those that say I’ve done more than anybody in 100 days,” Trump said February 28 on Fox.

“No administration has accomplished more in the first 90 days,” he said this week in Wisconsin.

Despite Trump himself promoting the first 100 days as a standard by which to judge his young presidency, his Friday tweet comes as no surprise. A new poll was released Thursday showing voters had tepid views of his time in office, and his 100 day mark coincides with a looming government shutdown fight over the budget. Trump, ever the salesman, is now trying to manage expectations. 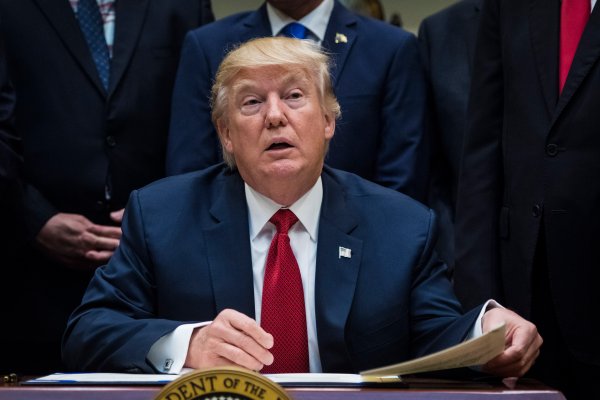