Sarah Palin: The Culture at Fox News 'Obviously Has to Change'

Former Alaska Gov. Sarah Palin on Thursday said the corporate culture at Fox News “obviously has to change” but she also said women are responsible for calling out harassment and must “stand up and do something about it.”

Her comments came in an interview with CNN’s Jake Tapper just one day after Fox News announced it was dropping anchor Bill O’Reilly amid a growing scandal over multiple sexual harassment allegations.

In the interview, Tapper asked Palin whether she experienced harassment or intimidation at Fox News when she worked there as a contributor.

When Tapper followed up, Palin said she left Fox News when her contract was not renewed in June 2015. “I wouldn’t put up with anything that would be perceived as intimidating or harassing,” she said, according to CNN.

The 2008 Republican nominee for vice president said no woman should face harassment at work.

“Corporate culture there obviously has to change. Women don’t deserve, they should not ever have to put up with any kind of intimidating workspace,” Palin said about Fox News. “At the same time, if a woman is believed that she is being intimidated and harassed, she needs to stand up and do something about it, not stick around for a paycheck for years and years and years and then after the fact complain about what she went through.” 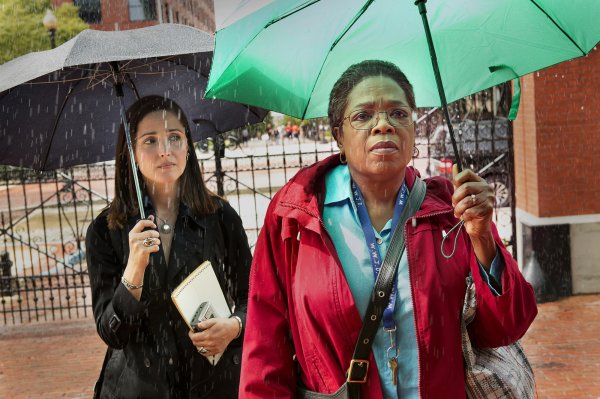