Will Smith and Jammal Brown of the New Orleans Saints take the field before the start of their game against the New York Giants on September 19, 2005 at Giants Stadium in East Rutherford, New Jersey.
Al Bello—Getty Images
By Alana Abramson

Cardell Hayes, the man convicted of killing football star Will Smith of the New Orleans Saints was sentenced to 25 years in prison Thursday, less than the maximum 60 years he could have received.

Hayes, who killed Smith in an altercation following a traffic dispute in April of 2016 and injured Smith’s wife Raquel by shooting her in the legs, could have received 60 years for convictions of manslaughter and attempted manslaughter. He was given 15 years for shooting Raquel Smith. The year he has spent in jail since the shooting will be credited toward this sentence.

Raquel Smith said in a statement that she and her family are “extremely disappointed” with the “leniency” in Hayes’ sentence, according to ESPN.

“While we know nothing will ever bring Will back, we were hopeful that Judge Buras would have issued a stronger sentence to more justly reflect both the nature of the crimes and the tremendous loss and pain that my family has suffered as a result of Mr. Hayes’ violent actions on the night of April 9, 2016,” she said.

According to the Associated Press, Hayes said he was acting in self-defense, and that Smith had pointed a gun at him. He did, however, apologize for the family’s loss at one point during the trial.

“If he was sentenced to 60 years he probably could have died in jail. At least with 25 he has the opportunity to be reunited with his family,” said Fuller, according to ESPN. 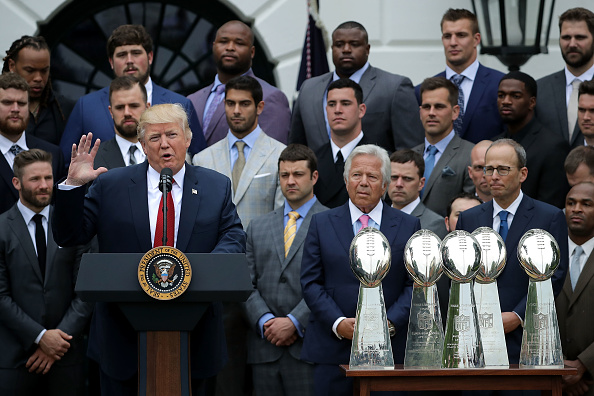 More Patriots Players Came to the White House to Visit President Obama Than President Trump
Next Up: Editor's Pick