Make no mistake: Carbohydrates are essential—they’re the body’s main energy source. But the more refined a carb is, the worse it is for you: “Refined carbs have had much of the fiber and good-for-you compounds stripped away, which makes them less nutritious and filling,” says Rachel Meltzer Warren, RDN, a nutritionist in Jersey City, New Jersey. Minimally processed kinds, on the other hand, are typically a package of vitamins, minerals, fiber, and starch that digest more slowly and keep you fuller longer, she adds. These tweaks let you replace refined carbs (white flour and sugar, say) with more nutritious choices (veggies, pulses, whole grains) for a full tummy and steady energy.

Instead of quiche, whip up breakfast stuffed peppers.

Crack 2 eggs into 2 halves of a bell pepper and bake them at 350 degrees until the eggs are firm (about 25 minutes). Top with fresh chives or a dried spice, like thyme. “The peppers spice up regular eggs but eliminate the crust and cream of a quiche,” says Meltzer Warren. “Plus, they’re beautiful to serve.”

Mash a ripe banana in a bowl, add 1 egg, and whisk with 2 tablespoons whole-wheat flour. Pour the mixture on a griddle over low heat and cook the way you would with normal pancake batter. “Fruit contains carbohydrates, but bananas also offer fiber, potassium, and vitamin C, unlike slices of French-toast bread,” says Meltzer Warren.

Instead of a bagel and lox, have a smoked-salmon omelet on sprouted-grain bread.

Make an omelet with 2 eggs, 1 slice of smoked salmon, and a sprinkle of goat cheese and chives. “You get the same flavors that you would from a bagel with cream cheese and lox, but incorporating the eggs and sprouted grains will keep you satisfied a lot longer,” says Meltzer Warren.

Instead of a blueberry scone, try berry oats.

Heat up a handful of frozen blueberries, grate lemon zest, then fold both into 1/4 cup rolled oats prepared with hot water and a dash of cinnamon. Sprinkle with chia seeds for a protein boost. Oats are full of fiber, so they’re a super carb (unlike the added sugars and white flour found in many coffee-shop pastries).

Instead of a chicken wrap, prep deli lettuce cups.

Scrap the carb-heavy wrap and use a large leaf of Boston lettuce as the outer shell. Inside, layer a few pieces of sliced chicken breast, a slice of cheese, a drizzle of honey mustard, and a pickle spear. Hold together with a toothpick.

Instead of a bag of potato chips, snack on Brussels sprouts crisps.

Separate the leaves of these antioxidant-rich veggies, then toss them in a bit of olive oil and sea salt. Bake at 350 degrees, turning them every 5 minutes or so, until they are browned and crisp around the edges. “It may require some time, but the crispy leaves are so crunchy and delicious that it’s worth it,” says Tami Ross, RS, a dietician and diabetes educator in Lexington, Kentucky.

Instead of croutons on salad, add sunflower seeds.

Whether croutons are baked or fried, they don’t pack much nutritional value. Sprinkle 2 tablespoons of sunflower seeds on salads to add crunch along with healthy fats, vitamin E, and a bit of fiber.

Instead of a burrito bowl, choose a Mexican-style salad.

Replace the bed of rice with a bed of shredded lettuce, then top with meat, vegetables, black beans, pico de gallo, and guacamole. “You’re still getting the same flavors in each bit, just with a healthier green base,” says Marissa Lippert, RD, owner of Nourish Kitchen and Table in New York City.

Health.com: The Best Vegetable Spiralizer for Every Budget

Instead of sushi, order sashimi pieces with a side of miso soup and edamame.

“The issue with sushi is that if you’re hungry, you need a lot of it to satisfy you,” explains Lippert. “There’s so little protein within all that white rice.” Sashimi comes without the rice (and refined carbs), and paring it with a side of miso soup and edamame, which packs fiber, helps better tame your appetite. (A cup of edamame also has 22 grams of protein.)

Instead of traditional pizza, make a socca flatbread.

“Chickpea flour and water bake into a flatbread that works perfectly as a pizza crust,” says Meltzer Warren. (Chickpea flour has fewer carbs and calories than white or whole-wheat flour, and it’s a better source of protein.) Whisk 1 cup chickpea flour, 1 cup water, 1 1/2 tablespoons extra-virgin olive oil, and 1/2 teaspoon salt—then let the dough sit for half an hour. Preheat oven to 450 degrees; place a cast-iron pan inside for 5 minutes. Remove pan, pour in 1 tablespoon oil, and swirl. Pour half the batter into pan; bake until cooked through (about 8 minutes). Add cheese and toppings. Return pan to oven; bake until cheese is melted and toppings are warm. Repeat with other half of dough.

Instead of spaghetti, opt for zoodles with meatballs and marinara sauce.

Spiralized zucchini gives the illusion of noodles and pairs well with a variety of traditional pasta sauces, says Meltzer Warren. The veggie on its own may not fill you up, notes Lippert; you can top your bowl with a scoop of whole-wheat pasta and grass-fed beef meatballs.

Toss florets with 1/4 cup oil, a dash of cayenne, and a pinch of salt; roast at 425 degrees, tossing regularly, for about 40 minutes. “Cauliflower has a similar mouthfeel as a potato,” says Meltzer Warren, “and the spice gives it the appeal of Cajun fries.” 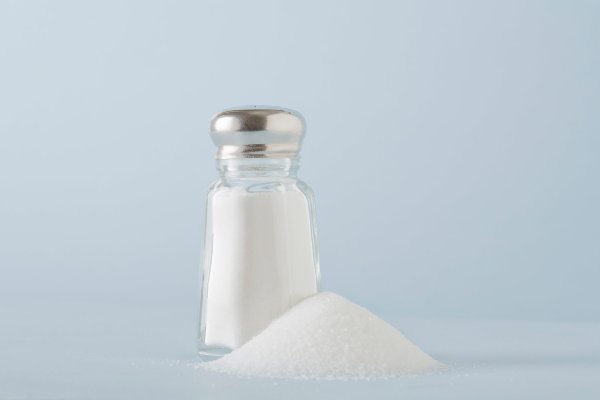 Always Hungry? This One Ingredient May Be to Blame
Next Up: Editor's Pick