Oprah Winfrey is so culturally omnipresent that it’s easy to forget just how precise her gifts are. Her daily talk show is more remembered for splashy moments of genius spectacle-making—”You get a car!,” the “Favorite Things” episodes, blockbuster interviews—than for her more surgical skills. Anyone can put on a reasonably big show, but it takes a particular gift to find moments of real connection within that spectacle. For someone seemingly born to be a star and hardly reticent about her high-flying lifestyle, Winfrey had a purely intuitive knack for what her audience at home would be curious about; for a professional talker, she was a startlingly good listener.

Those skills are put to use in HBO’s new movie The Immortal Life of Henrietta Lacks, airing Saturday. It’s been nearly four years since Winfrey had a major acting role—in what could have been a rote supportive-wife role in Lee Daniels’ The Butler, she stole every scene she was in out from under Forest Whitaker. But there, and in her Oscar-nominated breakthrough in The Color Purple, Winfrey played characters on fairly clearly-defined fights against adversity, women who struggle against historical circumstances with iron wills. They’re roles that dovetail nicely with Winfrey’s current status as a quasi-religious icon, a figure who suffers for all of us.

Lacks is a bit more complicated. Winfrey’s character Deborah Lacks is contacted by a reporter (Rose Byrne) about the circumstances surrounding her late mother; Henrietta Lacks’s endlessly self-replicating cells, used in medical experimentation without her consent, have come to play an important role in modern medicine, though Henrietta is in death anonymous, her family uncompensated. Byrne gets to practice varieties of stifled frustration, as Deborah is far from the perfect journalistic source. She’s uncinematically unversed in the ways of the world; it’d make for an easier story if Deborah were able to more easily pick up on what the project was, or didn’t vacillate on whether or not to trust the journalist. That wouldn’t be true to the story Lacks is telling (based on Rebecca Skloot’s nonfiction book), nor would it give Winfrey as much to tap into.

Winfrey reveals, in Deborah, a personality that’s practically meteorological—when the sun beats down, she’s manic, dreaming of starting a museum dedicated to her mother and chasing down strangers at gas stations and introducing Byrne’s Rebecca Skloot as “my reporter” as though everyone had one. When a cloud passes over, everything grinds to a halt. Deborah lacks the language of psychology—language that’s, coincidentally enough, one of the relentlessly analytical Winfrey’s trademarks in real life—that would help her understand quite why thinking about her late mother is quite so fraught. She’s rocked by self-doubt that’s all the more painful to watch because it lacks explanation—to her, it just is. In one titanic scene, Deborah prays and weeps, pleading to God to “take this burden from me.” It’s intense, dialed-in acting that comes from somewhere deep within Winfrey.

None of this would be possible, after all, without a massive core of empathy, both on the part of Lacks‘s screenwriters in finding a way to convey the feelings and thoughts of a woman who resists exposition and on the part of Winfrey, who brings makes the story’s emotionality ring true. The Lacks family story is sad and complicated, resting as it does on a social good (groundbreaking medical research) executed in a secretive and cruel manner to a family who struggled to cope for decades after, but the fallout from that incident is experienced by a woman whose pain is compounded by her mystification at that pain. She wants it taken away, and while that may not fully happen, she bestows, at least, some small part of that pain to the viewing audience at home.

This is the sort of character that Viola Davis shouted out from the stage at this year’s Oscars: “People who dreamed big and never saw those dreams to fruition. People who fell in love and lost.” There’s a major emotional arc here, but one removed from the sort of historically important figures we tend to see in films drawn from real life. When Winfrey’s character dies prior to the publication of the book detailing her mother’s story, it’s as shattering as any great tragedy—her dreams, nascent ones she blurted out in moments of joy and then forgot as darkness overtook her, would never get seen through. That Winfrey is able to mute her Oprah-ness in order to carry across a character unlike herself is a triumph; that she brings to a character so unlike herself the humanity and charisma to keep us watching proves she really didn’t mute her essential nature at all. She’s bringing other people’s stories to life through art instead of conversation, but now, as on her talk show, she’s still the consummate listener. 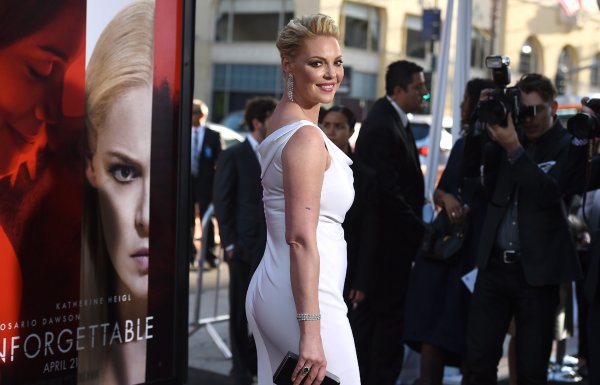 Katherine Heigl on Obsessive Relationships and Finally Getting to Play a Villain
Next Up: Editor's Pick