How Your Work Commute Can Help You Live Longer

For most people, getting to and from work is more of a chore than an opportunity. But scientists say that people who use their daily commute to squeeze in some physical activity may reap considerable rewards for their health.

In a study published in The BMJ, a group of researchers in the UK analyzed information from more than 260,000 people in a database spanning England, Wales and Scotland. The researchers looked at how the people got to and from work every day—whether by bike, walking, public transit or some combination—and matched up their answers with heart events, cancer and deaths over five years.

People who biked to work showed the most benefit when it came to dying of any cause during the study period. They were 41% less likely to die than those who took public transportation and those who were not active during their commute. Even people who cycled part of the way saw a benefit; they had a 24% lower risk of dying during the study compared to people who didn’t have an active commute. Walking to and from work was associated with a strong benefit for the heart; walkers had a 27% lower risk of having a heart attack or other heart-related event and a 36% lower risk of dying from heart problems, compared to people who took less active modes of transport.

The reasons why are clear. Studies have long supported the connection between physical activity and better heart health and weight control, which are critical for longer life. Nearly 90% of the bicyclists in the study met the recommended guidelines for physical activity (which is about 150 minutes of moderate-to-vigorous activity a week).

MORE: Not Exercising Is a Bigger Risk Factor Than Obesity in Early Death

Study author Jason Gill, from the University of Glasgow in Scotland, says that the cyclists likely experienced the most benefits from their active commute because they biked for longer distances than the walkers: about 30 miles a week, compared to six miles a week. (People who choose to bike to work likely lived farther than those who walk, he says.) “The more you do, the bigger the benefit,” says Gill.

Most people find it hard to squeeze in exercise during the day, but the daily trek to and from the office may provide an untapped opportunity to do so, says Gill. He hopes the findings help encourage communities and cities to adopt more pedestrian- and cyclist-friendly practices, such as dedicated paths and bicycle rentals.

“What these results suggest is that active commuting is a possibility for a much wider range of people than those who live within a narrow circumference of where they work,” he says. “If we can change cities so that it’s easier for people be more active, then people will be.” 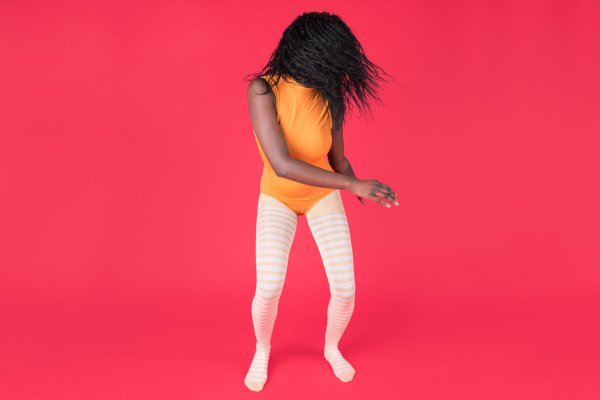 Why Zumba Isn’t Just for the Young and Fit
Next Up: Editor's Pick