Stephen Colbert is having more fun taking radio host Alex Jones to task — and he’s using a new impression to get the job done.

“I don’t know about you, but I have been riveted to the trial of the century of the week,” Colbert said, breezing through some of the finer points of his target’s parental custody battle.

“But I feel for Alex Jones because I, too, for many years played a beloved right-wing character,” Tuck Buckford, “who had a lot of the same legal problems, which he often talked about on his radio show.” Colbert then played a clip of the character screaming his way through the parody segment Brain Fight.

He also went to town on the Austin American-Statesman report that Jones couldn’t recall details about his children’s school because he had “eaten a lot of chili for lunch.”

Watch him demonstrate how to use “God’s food” in the totally safe for work video below. 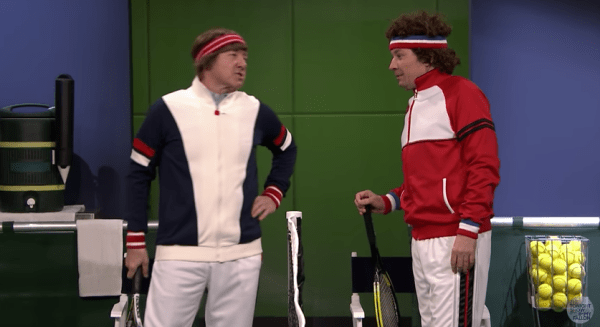 Watch Kevin Spacey and Jimmy Fallon in a Wacky Mad Lib Skit
Next Up: Editor's Pick