Stephen Colbert has been a vocal critic of former Fox News host Bill O’Reilly — even though he used to play a character based on him.

While he said he didn’t want to “publicly gloat” about O’Reilly’s dismissal from Fox News, Colbert kept his celebration hidden — by having the Late Show with Stephen Colbert camera pan away for more than 20 seconds as the audience cheered on Wednesday night.

“I spent over nine years playing a character based largely on him — and then 12 months in therapy to de-bloviate myself,” said Colbert, who played a satirical conservative pundit on the Colbert Report before hosting the Late Show with Stephen Colbert.

And then his conservative alter ego returned to share his thoughts on O’Reilly’s firing.

“Hello nation, and shame on you,” Colbert said as his character. “You failed him. You failed Bill O’Reilly. You didn’t deserve that great man.”

21st Century Fox announced O’Reilly would not return to host The O’Reilly Factor on Fox News amid sexual harassment allegations against him. O’Reilly has denied the allegations, but dozens of advertisers had pulled their ads from his show as accusers stepped forward and public backlash intensified.

Stepping back into his role as Late Show host, Colbert appeased O’Reilly fans who may be upset about his dismissal.

“In case you’re a fan of sexual harassers who are on TV all the time, you still have Donald Trump,” Colbert said. 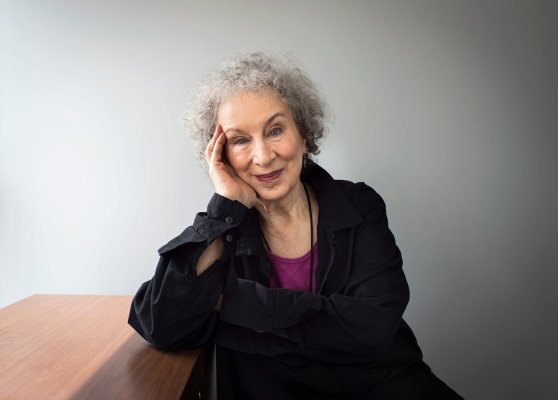 Margaret Atwood Doesn't Hear Complaints That The Handmaid's Tale Is Unrealistic Anymore
Next Up: Editor's Pick