Review: In The Last Magnificent a Chef Makes Glamour the Main Ingredient

There have always been renowned chefs, and even star chefs. But the celebrity chef is something fairly new, a product of cooking shows and, more recently, reality television. Unless you’re a restaurant-obsessive, Jeremiah Tower, the subject of Jeremiah Tower: The Last Magnificent, may be the celebrity chef you’ve never heard of. Tower began his zig-zagging career working alongside Alice Waters at Chez Panisse in Berkeley in the early 1970s. There, he did more than his share to transform the place into a cozy spot where the occasional poetry reading wouldn’t be out of place. His meticulous and elegant menus helped make California cuisine a thing—and if anything was ever destined to become a thing, it was California cuisine.

But that’s not where The Last Magnificent—directed by Lydia Tenaglia and produced by Anthony Bourdain, who has long been a fan of Tower’s patrician flamboyance and sphinxlike aura—begins. Using vintage footage and perhaps a few too many stilted re-creations, Tenaglia sketches a portrait of Tower as your classic mystery figure and lonely guy. The interviewees include old friends of Tower’s who note that he has at times dropped off the map for long stretches, leaving no word of where he is or what he’s doing. Martha Stewart shows up to make you feel better about never having heard of Tower, in the likely event that you haven’t: “Most people wouldn’t know who he is,” she says, though she considers him “the father of American cuisine.” Mario Batali practically glows when he details how Tower’s energy became part of the experience of eating in his restaurants. Bourdain praises his wildness and creativity, while acknowledging that he’s also a bit of a lost soul.

That’s clear from one of the central devices of this documentary, which shows current-day Tower, a regal, sandy-haired gent in his seventies, wandering around dusty yellow ruins while we hear excerpts from his diary in voice-over. It’s all a little precious, but the story of Tower’s rollercoaster rises and falls is compelling enough. Born in Stamford, Connecticut, to rich, neglectful parents, Tower was a lonely kid who grew up to be a lonely man. He earned an architecture degree from Harvard in the ’60s, where he wowed his friends and classmates with the elaborate meals he’d prepare for large groups, sometimes offering sustenance for friends who’d spent the day protesting. After graduation, he found himself rootless and in need of a job. That’s when he landed at Chez Panisse, and though he and Waters made a magnetic team, he left in 1978 in a cloud of umbrage.

From there, he opened Stars in San Francisco, a sparkling place to see and be seen but also, of course, to eat. (It didn’t hurt that you had to enter the restaurant through a dark alley scented with urine—that’s the kind of exotic reverse cachet money can’t buy.) That gig also imploded, largely thanks to the 1989 earthquake. After that, Tower disappeared, only to re-emerge in 2014 as the executive chef of New York’s Tavern on the Green, a gig that Bourdain ominously calls “a chef killer.”

Even if you care very little for fancy food and the people who make it, The Last Magnificent works as a portrait of a man who leaves aromatic clouds of glamour wherever he goes. But the best sequences are those incorporating vintage footage from the 1970s-era Chez Panisse, where Tower, as a young, rakish beauty—quite clearly gay, but also pansexual in the dashing way people were allowed to be in those days—was the crown prince of the kitchen. It’s easy to imagine being alive at that time and in that specific place: Anything that sprang from his pan, or his imagination, you would eat. Great food, after all, always includes an ingredient you can’t quite name. 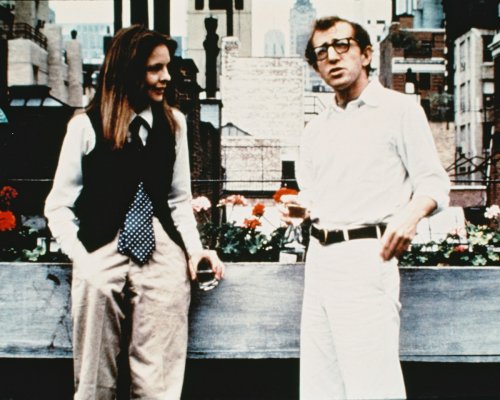