Canadian Woman Caught Trying to Smuggle Asylum-Seekers Across the Border

A Canadian woman faces charges of human smuggling after police intercepted nine asylum seekers near the U.S.-Canada border on Friday.

Police arrested Michelle Omoruyi, 43, who was driving a vehicle that contained the nine people. She has been charged with human smuggling and conspiracy to commit human smuggling.

Omoruyi’s arrest was part of a four-month investigation into human smuggling in the Saskatchewan, the CBC reports. Several asylum seekers have crossed the U.S. border into Canada amid President Trump’s crackdown on immigration.

All nine asylum seekers were taken into custody by theReuters——. They have since been released after applying for refugee status in Canada. 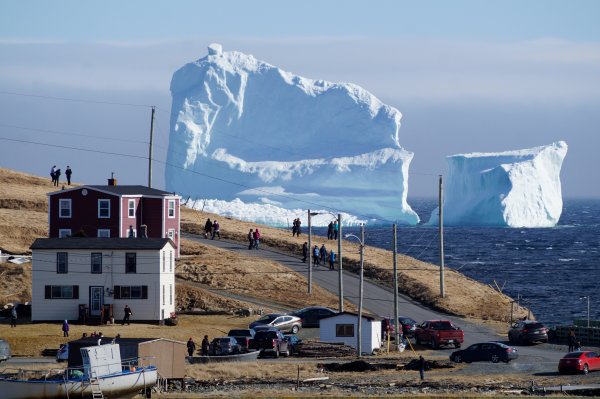 Tourists Are Flocking to Newfoundland to See This Iceberg
Next Up: Editor's Pick