Rebecca Black Would Like to Reintroduce Herself, Starting With New Track ‘Foolish’

At the tender age of 13, Rebecca Black entered the national conversation as the star of a music video for a song called “Friday.” Made by a song-and-video factory, the age-appropriate, auto-tuned bop wasn’t really intended for widespread public consumption. Yet it blew up into an early — and widely panned — viral sensation with well over a 100 million views on YouTube. Black soon retreated to high school before reemerging as a popular YouTube vlogger. Now, six years later and finding her way out of the maze of adolescence, she’s back to where she started: making music. But this time, she comes equipped with exposure to the industry and an understanding of how to deal with the fickle tides of internet favor. Plus, she’s writing her own songs.

“I spent so long only feeling like I was this internet girl, this meme,” she explains to TIME. “Right now, I just want to get to a spot where people can refer to me as a musician, as a songwriter.” To that end, she’s releasing an EP this summer, and spoke with TIME about new single “Foolish” — a dreamy, summery pop tune. Below, listen to the song and read what Black has to say about leaving the naysayers behind and moving in a new direction.

TIME: What have you been up to in the last six years?

Rebecca Black: Really, for the most part, I’ve been growing up. “Friday” was such an unexpected thing that neither I nor my parents nor anyone was prepared for. So I went to high school. And I started doing YouTube. At first I was really scared of it, since a lot of great things happened with “Friday,” but there was a lot of negativity that came with it, too. But once I bit the bullet and put myself out there, I found a really cool community. Girls that were also in my same boat of, “I’m just a 16-year-old trying to figure out high school,” and you don’t really know who you are, and you’re just trying to find your way — they connected with it.

What’s your advice to kids like you who have gone through cycles of of cyberbullying?

I think if there’s one thing I wish I could have told myself when I was 13 — or even when I was 7 years old and going through bullying in elementary school — it’s that you don’t have to be strong. People preach this message of “Stay strong, don’t let them get to you.” But as I’ve grown up, I’ve learned, “Oh my God, if only I felt it was OK to cry and tell how hurt I was.” You can pretend like it doesn’t bother you, but at the end of the day, humans are humans and we feel real things. Until you acknowledge it, it’s not like it goes away. It sits there with you, and it waits for you to acknowledge it.

Even before “Friday,” were you interested in music as a career?

From the moment I came out of the womb, practically, I was performing. I had this game plan where I was like, Alright, I’m going to do theater here, go to high school and do theater there, go to New York and NYU and really soak it up. “Friday” wasn’t something I had written on my own; it was written for me. That was my tester, to see if I even liked the experience of being in a studio and being on a music video set. But it ended up kind of working out. Stage is my home; I felt more comfortable as a kid onstage than giving a presentation in school. That sticks with me today.

How would you describe the music you’re making now that you’re in control?

It’s definitely pop. I do love great pop music. But I listen to a lot of different kinds of music. In high school, and especially when I was home-schooled, that was when I started to break away from listening to Top 40, and started to dig for stuff that felt right and real to me. So it’s definitely a lot of indie and a lot of alternative that I bring into the pop world.

What’s the back story to your new song, “Foolish”?

I was 18 when I wrote this, and I was just getting into a relationship. It was my first real boyfriend-girlfriend thing. I was really excited and terrified. There was this one point where I was just laying in bed with my boyfriend at the time, and we had been listening to a Coldplay record. It stopped, and all we heard was the buzzing from the record player. It was the most calm, sweet, intimate moment we had together, just listening to silence. I think it’s those moments that really make a relationship — at least for someone like me who’s just trying things out.

I have an EP that’ll be out this summer, that I’m very excited about. It actually clicked in my head last night that every song on this EP is about coming into a new part of yourself. I’ve spent a lot of time, obviously, growing up, and I’ve yet to ever put out a body of work. If there’s one thing I hope anyone would take from this EP, it’s that I’m just trying to figure myself out here. It’s a lot about those experiences I’ve had as I’ve started to be on my own and grow up, and sometimes things go really well, and sometimes things suck and they hurt. So. I’m just trying to figure my own way.

Is there anything you’d want to say to detractors or naysayers of your career?

I spent so many years of my teenage life growing up and thinking about, “How am I going to prove these people wrong?” But at the end of the day, anyone who is trying to prove anyone else wrong is doing a disservice to themselves, because it becomes about the other person, and not about yourself. I’m just doing me at this point. I think if there’s anything to say to anyone, it’s that I’m so excited for people to get to know me, whether they like it or not. 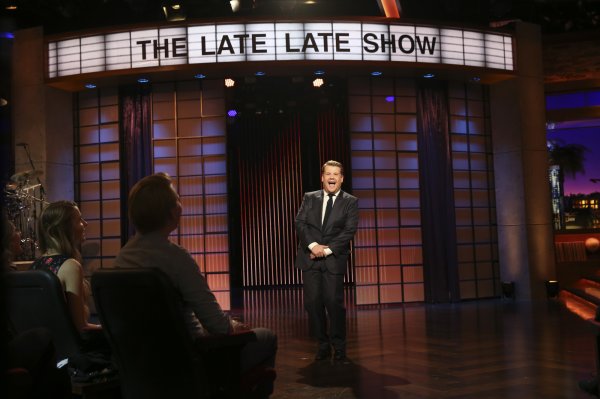