Lisa Bloom, a lawyer for three women who have accused Bill O’Reilly of sexual harassment, said the ousting of the former Fox News anchor was the result of women’s persistence.

“This is what happens when women speak our truth: we can slay dragons,” Bloom said in a statement after news broke Wednesday that O’Reilly will not return to host The O’Reilly Factor amid accusations of sexual harassment.

A New York Times report earlier this month chronicled how O’Reilly and Fox News parent company 21st Century Fox paid a total of $13 million to stop women from pursuing litigation over sexual harassment or from speaking out against him.

Bloom, who represents Wendy Walsh, Caroline Heldman and one woman who remained anonymous, called her clients brave for speaking out about being harassed.

“Fox News should have fired him in 2004 when the first complaint was made, but at least they did it now,” she said. “They did it because we persisted.” 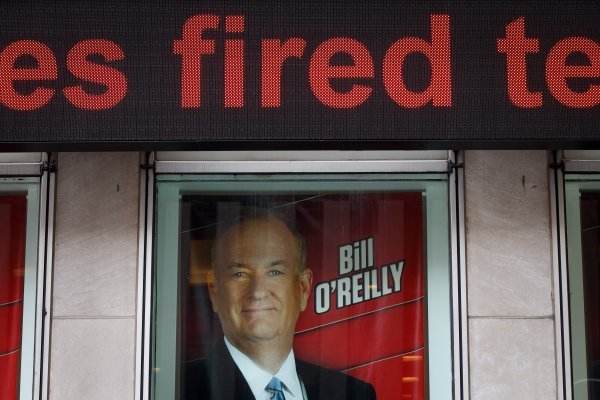 Bill O'Reilly Out at Fox News
Next Up: Editor's Pick