It was a love-fest on the South Lawn as President Trump took his first turn as the fan-in-chief as he hosted the New England Patriots at the White House on the occasion of their Super Bowl LI victory.

Trump, a longtime friend of Patriots owner Bob Kraft, lauded the team’s come-from-behind journey, recounting key moments in the thrilling overtime triumph and comparing it to his own improbable win in November. The President also heaped on praise on coach Bill Belichick, who supported his candidacy.

Kraft, who presented Trump with a championship ring before Belichick gave Trump a commemorative helmet, joked that Trump’s White House bid faced “odds almost as long as we did” in the Super Bowl.

“It’s distinct honor for us to celebrate what was unequivocally our sweetest championship with a very good friend and someone’s who’s mental toughness and strength I greatly admire,” Kraft said.

Several notable players, including quarterback Tom Brady, skipped the event, with Trump fan Brady citing “some personal family matters.” Trump did not mention Brady, who was awarded the Super Bowl MVP award and whom he has called a friend, in his absence.

About three dozen Patriots players attended the ceremony, which was overshadowed by the apparent suicide early Wednesday of former Patriots tight end Aaron Hernandez, who was convicted of murder in 2015. 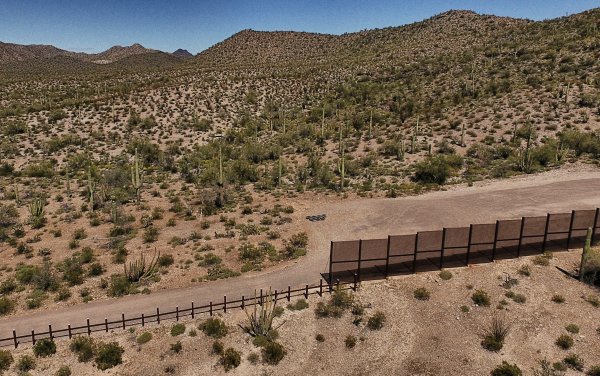