'I'm Not Missing:' Richard Simmons Breaks His Silence for the First Time in 3 Years

Richard Simmons is speaking out to fans for the first time since he stepped out of the spotlight three years ago, telling PEOPLE exclusively “I hope to see you all soon.”

The fitness guru says that he is doing well after heading to the hospital Monday with severe indigestion, and is “not ‘missing.’ ”

Simmons also shared a 2014 photo of himself.

“Hello to everyone who has shown concern for me and sent their good wishes. You will never know how much it means to me. Aren’t you sick of hearing and reading about me?! LOL Well by now you know that I’m not ‘missing,’ just a little under the weather. I’m sure I will be feeling good and back home in a couple of days,” Simmons says in a statement.

Simmons, who has not been seen publicly since Feb. 2014, made the decision to go to the hospital on Monday after having stomach problems, his manager, Michael Catalano, told PEOPLE.

“This has reminded me that when you need help you can’t be afraid to reach out and ask for it. We all think we should always be able to solve our problems all by ourselves and sometimes it’s just bigger than we are.”

“I reached out and I hope you will too. I’m sure there are people in your life who love and care for you and would do anything to help you with the challenges you face. Just knowing you care has already made me feel better. Hope to see you again soon!”

A renewed interest in Simmons picked up in February with the release of the podcast Missing Richard Simmons. But Catalano told PEOPLE at the time that the attention was unwarranted, and Simmons was just fine.

“It was always about everybody else first, and I think this is a little bit reflection time,” Catalano says. “He was ready to quiet down is what he’s told me, and it doesn’t mean he’s done, but for now, he’s enjoying the time away from the public.” 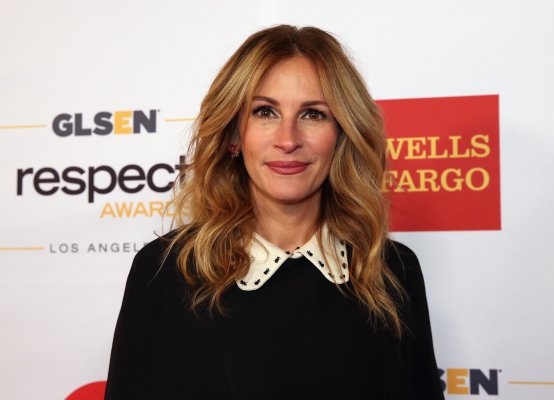 Julia Roberts Was Just Named People's Most Beautiful Woman for Fifth Time
Next Up: Editor's Pick