President Trump said that he has a “conflict of interest” in Turkey because of a development there in a 2015 interview.

The interview was resurfaced by Mother Jones after Trump faced criticism for congratulating Turkey’s president Tayyip Erdogan on winning a referendum that increases his power.

“I have a little conflict of interest ’cause I have a major, major building in Istanbul,” Trump said on Breitbart News Daily. “It’s a tremendously successful job. It’s called Trump Towers—two towers, instead of one, not the usual one, it’s two.”

The host of the news show was Breitbart executive Steve Bannon, who now serves as an advisor to Trump in the White House.

Trump’s daughter, Ivanka, who now works in the White House as well, also faced criticism as users on Twitter resurfaced an old tweet of hers from 2012 that thanked Erdogan.

Trump has said “the president can’t have a conflict of interest” because he’s not covered by U.S. laws governing conflicts in the executive branch. He’s currently being sued by an ethics watchdog group which argues that his financial dealings violate a constitutional prohibition on financial conflicts. 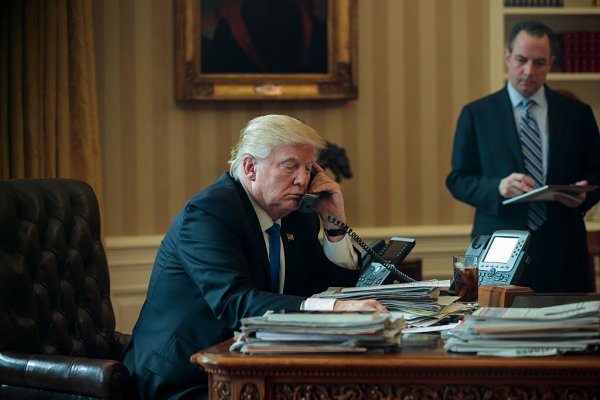 President Trump to Order Review of Visa Programs
Next Up: Editor's Pick