Nintendo May Be Working On An SNES Classic

Nintendo is pulling together a miniature “classic” Super Nintendo Entertainment System (SNES) with an array of prepackaged games, and it’s due by the end of this year, reports Eurogamer, citing sources close to the company. Work on the device is apparently already underway.

Consumer reaction to that decision seems to be general shock. Speculation about why the company would cancel such a sought-after product ran the gamut of obvious possibilities, including concerns about a $59 gadget that plays legacy NES games cannibalizing Nintendo’s stated plans to feature older NES as well as SNES games on its flagship Switch games console this fall. If Eurogamer’s miniature SNES report is accurate, of course, it torpedoes that theory: why cancel one potential conflict of interest only to introduce another?

The truth may be as mundane as Nintendo claims: The company’s plans were fixed, and when the clock ran out, it was time to let the NES Classic go. That said, I’m not sure I buy this bizarre-sounding notion that the NES Classic was discontinued to make room for a classic SNES. Unless Nintendo plans to sell it at a much higher price tag (than the NES Classic’s $59), there’s absolutely no reason to think the company couldn’t have sold both systems simultaneously with meteoric returns. Again, if it turns out Nintendo shut the NES Classic down to make room for a classic SNES, it’s hard to imagine it having anything to do with market cannibalization. More likely, it’s just Nintendo being Nintendo, sticking to plan in defiance of cynical presumptions that the only defensible rationale for a given business maneuver is mercenary profitability.

Note, by the way, that “no plans to produce more NES Classic Edition systems” implies a rhetorical “for now.” There’s no reason Nintendo couldn’t treat these memory lane gizmos as Disney has handled home video versions of its classic films, often putting years between rereleases. I doubt, in other words, that we’ve really seen the last of the NES Classic forever and ever amen.

But back to the SNES mini, assuming the accuracy of Eurogamer’s report, then yes, of course Nintendo needs to rethink its approach to supply. Customers will now take the company at its word when it designates something a limited time item, ratcheting up launch demand to hysterical levels. What’s more, while Nintendo technically sold more NES than SNES consoles over their respective lifetimes (roughly 62 million versus 49 million), the SNES is generally remembered as the superior experience. Everyone focuses on firsties, thus we talk endlessly of Super Mario Bros. or The Legend of Zelda or Donkey Kong. But Super Mario World, The Legend of Zelda: A Link to the Past and Donkey Kong Country were arguably far better games.

And if it also came with stuff like Super Castlevania IV, F-Zero, Star Fox, Contra III, Super Star Wars and Actraiser, well, we can all go ahead and faint now. 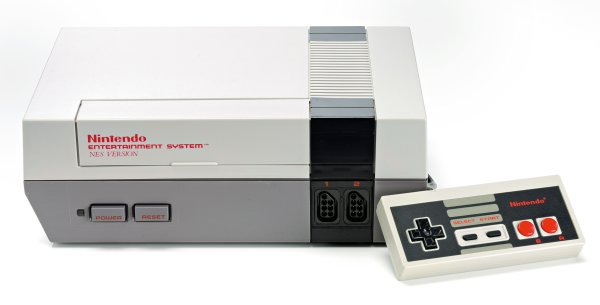 Uber Driver Puts an NES Classic in His Backseat
Next Up: Editor's Pick