A scheduled meeting of President Trump’s top advisors on the future of the U.S. commitment to the Paris climate accord has been postponed, the White House announced Tuesday, amid reports of discord in the West Wing over whether to withdraw from the agreement.

White House Principal Deputy Press Secretary Sarah Sanders announced Tuesday that the meeting had been postponed, blaming “scheduling conflicts for today,” saying aides hope to discuss the issue with the president in the next several weeks.

On the campaign trail, Trump had promised to “cancel” the deal, but he has faced pressure from environmental and business groups—and the moderates in his own orbit. But Trump has been pushed to withdraw the U.S. from the agreement by the nationalist and conservative elements within his administration.

The landmark agreement, which went into effect on Nov. 4, 2016, includes India and China as signatories, with the goal of emissions that contribute to global warming. The agreement has been hailed even by some U.S. energy firms, including Exxon Mobil, where Secretary of State Rex Tillerson previously served as CEO.

Senior advisor Steve Bannon has been one of the biggest proponents of withdrawing the U.S. from the agreement, while Trump family members Ivanka Trump and Jared Kushner, and moderates like Director of the National Economic Council Gary Cohn have urged against such a move. 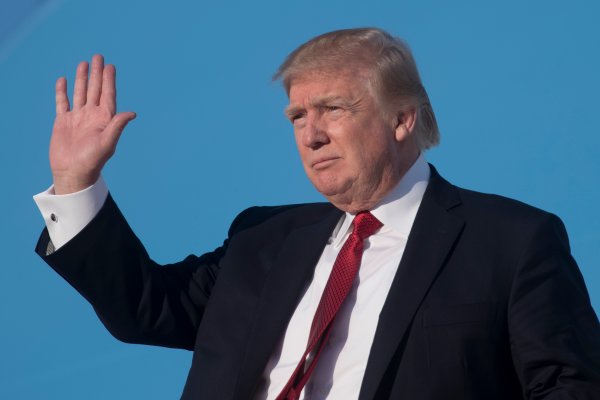