Women Writers Are Over Hearing These Sexist Comments

Women writers took to Twitter today to call out sexism in their field.

Joanne Harris — whose books include the acclaimed novel Chocolat, adapted into a movie featuring Johnny Depp and Juliette Binoche — was one of the first to make the hashtag #ThingsOnlyWomenWritersHear trend.

“I don’t know of any male writer who has been criticized for neglecting his family life, or told he’s being selfish for wanting to write,” she wrote in a tweet on Monday, adding: “However, I’ve heard many women writers criticized for the same thing, or being asked how they ‘juggle’ their writing time and their family.”

“Perhaps we need a hashtag,” she tweeted shortly after, tagging #ThingsOnlyWomenWritersHear.

Harris said in an email that gender parity in literature and publishing could be improved by more proportional reviewing of books by women, more female CEOs and high-ranking staff in publishing companies and less stereotypical marketing of books.

“In a general way, it feels like women’s perspectives and voices are not valued and looked to. Especially in places of authority, they’re not given the same credence and listened to in the same numbers and ways that male authors and bylines are,” said Amy King, executive committee member of VIDA, a non-profit group that spotlights gender inequalities in the literary world.

The #ThingsOnlyWomenWritersHear tweets exposed that some think of women’s writing as a hobby, assume female authors must be writers of children’s books or romance stories, and question how female authors balance work and family.

Here are some other questions and comments only female writers have received: 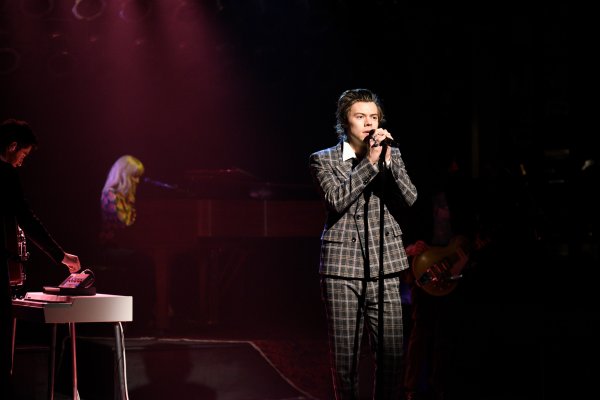 The Internet Is Freaking Out Over Harry Styles' Powerful Message About Young Women
Next Up: Editor's Pick