Hitler's Suicide and New Research on Nazi Drug Use

In his last official photo, Adolf Hitler (1889 - 1945) leaves the safety of his bunker to award decorations to members of Hitler Youth, in March of 1945.
Keystone Features / Getty Images
By Elizabeth Nicholas

On April 30, 1945, as Soviet troops closed in on the city, Adolf Hitler shot himself in a Berlin bunker. In the years since, the Nazi dictator’s suicide has been attributed to various factors: Germany’s looming defeat; the harsh treatment he knew he would receive at the hands of his Soviet captors; his fear of a fate similar to that of Mussolini.

But what if acute withdrawal symptoms from a fantastical combination of drugs were also to blame? That’s the argument Norman Ohler makes in his new book, Blitzed: Drugs in the Third Reich.

Ohler found evidence to support this theory in a trove of archives in Munich; Washington, D.C. and Koblenz, Germany. The book’s antihero is the dictator’s personal physician, Theodore Morrell, who hooked Hitler on opioids, cocaine, hormones, steroids, doping agents and stimulants. But by 1945 the drugs were becoming impossible to acquire.

As the 72nd anniversary of Hitler’s suicide approached, Ohler spoke to TIME about what his findings suggest about the fall of the Third Reich.

The evidence you found suggests that Hitler had become dependent on drugs by 1943 and would lapse into harrowing shape without them. You talk about how important it was to the Reich leadership to keep Hitler’s addictions and subsequent infirmities a secret. Why did they feel this way?

OHLER: It was an important part of Nazi propaganda to merge Hitler’s body with the body of the German people, and to show that body was healthy and pure. Hitler was supposed to be a man who worked tirelessly for the German people, who put his life at their service. He was a human who had to live up to these weird artificial standards. It was completely unnatural. The Nazis rose to power through this image of piety mixed with nationalistic fervor, and couldn’t let anyone see Hitler as he was because it countered this narrative.

You talk about Hitler’s withdrawal symptoms as drugs become scarcer — how he was even digging at his skin with gold tweezers trying to get rid of phantom bacteria. How heavy was his drug use by this point?

What struck me early on in my research was what a difficult time Morrell was having by 1944 finding veins to inject. I found a notation from Morrell in the archives in D.C., recording over a thousand injections given in 800 days, so you can imagine how Hitler’s veins must have looked. He had been given opioids in rapid succession, and a certain rhythm and dependency had come into play. Then on New Year’s Day in 1945 he had to go cold turkey on opioids, and it became very clear he was extremely physically dependent.

What do we know about the symptoms he experienced after that?

The physical symptoms contributed to the deterioration of his personality. He turned into a wreck. He had been functioning because of these substances, and when he moved into the bunker in Berlin, suddenly they weren’t available. Eyewitnesses in the bunker said he was a wreck. He became extremely bitter, and decided to destroy every building of cultural worth, every harbor, every bank. He wanted to raze Germany to the ground like he was being razed.

It seems like Morrell would have kept giving Hitler drugs indefinitely, but the drugs stop being available. What was happening?

The U.K. decided to start including pharmaceutical companies as targets for their bombing war. In December of 1944, the Merck company in Darmstadt was heavily hit. Production of Eukodal, Hiter’s opioid of choice, stopped. This might be why Morrell didn’t administer Eukodal anymore in 1945. He wrote in his notes on April 10, 1945: “Most prescriptions cannot be received due to bombing of pharmaceutical factories.”

Read More: Photos of Hitler’s Bunker and the Ruins of Berlin

Do you think withdrawal contributed to Hitler’s suicide?

Losing World War II was the external factor, and withdrawal the internal one. Both contributed to his suicide.

Elizabeth Nicholas is a writer and editor focusing on politics, history, literature and the arts. She lives in Los Angeles. 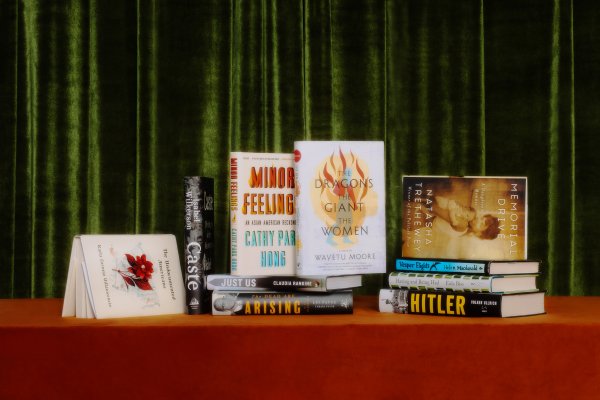