Why Airlines Should Offer a Lot More Cash for Overbooked Seats

Lonely skies: Playing a losing game
(Anadolu Agency; Getty Images)
Ideas
By Jeffrey Kluger
Jeffrey Kluger is Editor at Large for TIME magazine and the author of ten books, including Apollo 13, Apollo 8 and two novels for young adults. He has written more than 40 cover stories for TIME on topics ranging from space to human behavior to climate to medicine. Along with others at TIME, Kluger is an Emmy nominee for the web series A Year in Space.

There are a lot of ways to describe the spectacle of 69-year old physician David Dao being dragged down the aisle of United Airlines flight 3411 on April 9. “Bungled arbitrage” is one. Failure of “credible collaborative collusion” is another. You could also call it the infliction of “stochastic pain,” but if you’re the guy whose nose is bleeding and teeth are missing, it doesn’t feel too flipping stochastic—that is, random—to you.

All of those terms and others have been blowing around the Internet this week, as industry experts and theoreticians have taken to analyzing the practice of airline overbooking as a particularly dicey example of game theory. In this case, the game involves the airlines’ strategizing the costs—fiscal and otherwise—of flying a plane at less than full capacity, and passengers’ in turn gaming out the value of accepting or declining a monetary offer to give up their seats.

United 3411, as has been regularly noted, was not technically overbooked, though when the airline decided it had to make room on a full plane for four of its employees, the overbooking scenario played out. The game, such as it is, begins by offering customers a $400 credit if they’re willing to take another flight, going up to $800 if there are no takers and topping out at $1,350. United — for reasons that business schools will be discussing for the next thousand years — made it into a contact sport, which caused all of its current woes. Delta Airlines, burnishing its own rep as United’s was being pummeled, announced it would boost its possible payouts to nearly $10,000; other airlines may well follow suit.

That’s an awful lot of cash, or even flight credits, so once the bidding starts, what’s to stop the passengers from basically agreeing not to budge until the price breaks, say, nine grand? Nothing technically, but it’s a strategy with problems.

For starters, as Bloomberg Businessweek columnist Mohamed A. El-Erian points out, airline passengers are typically strangers, so the cooperation that would be necessary to make the deal work would not be easy to arrange — especially since there’s no time for planning in advance. What’s more, unless you enlist every person on the flight in the agreement, there’s always someone who could play — and win — the game by jumping in at, say, $5,000. Finally, how do you split the pot once the single person playing for all of the others has won it?

One way the airlines could better initiate the game, both to avoid attempts at collusion and sidestep United-type messes, might be to make the offers silently, by texting a few passengers at a time, and start the bidding high, say at $2,500. That’s an attractive enough offer that it might be snapped right up, especially if it were clear to the customer that the offer would expire in, say, three minutes—creating the same kind of manufactured urgency airlines already use to sell tickets at a certain price online. If no one bites, the next offers could go up or even down, since no one would know what the previous bids had been.

Silent offers could also avoid what Carnegie Mellon philosophy professor Kevin Zollman described in a conversation with NPR as the sucker issue — that is, nobody wants to look like a fool for jumping at a public offer of $400 when everyone else is turning it down. Zollman also points out that the airlines blunder badly if they don’t sort all of this out before the customers board the plane instead of after. People who are already in possession of something — including a seat on a plane — assign a higher value to it than they do before they’ve actually got it and will demand more in exchange for it.

Of course an even better strategy is to quit overbooking entirely. It has escaped no one’s notice that between consolidation and the practice of charging for everything but breathable cabin air, the airlines are cleaning up. In 2016, the top 13 domestic airlines hauled in $3.14 billion on baggage fees alone, according to the U.S. Department of Transportation. United finished at number three on the list, at $520 million. And remember that fuel surcharge the companies added to ticket prices when oil was selling at more than $150 per barrel? Well, they’re still charging it, even after oil crashed to $29 per barrel in 2015 and has struggled to stay above $50 since. The fee is now buried in the balance sheet as “carrier-imposed charges.”

For all domestic airlines, the strategy going forward might best be described by what we shall now call the Lou Grant Rule, named after the irascible boss of the WJM newsroom on the Mary Tyler Moore Show. Reprimanding his preening but inept anchorman Ted Baxter, Grant was at a loss to address all of the qualities that made him so impossible. Finally, he settled on a brilliantly simple approach: “Ted, you know the way you are all the time? Don’t be that way anymore.” Airlines, listen up. 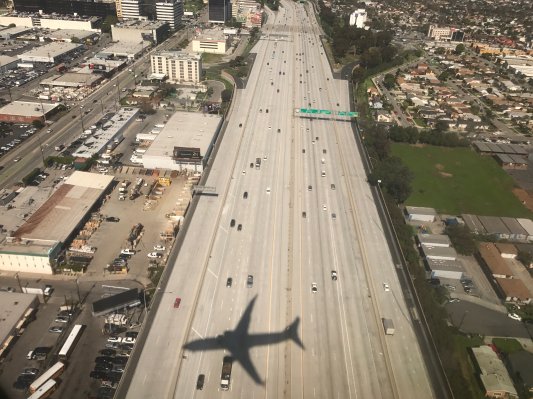 Want America to Be 'Great' Again? Pay For It
Next Up: Editor's Pick