Mark Zuckerberg, founder and chief executive officer of Facebook Inc., speaks during the Facebook F8 Developers Conference in San Francisco, California, U.S., on Tuesday, April 12, 2016. Zuckerberg outlined a 10-year plan to alter the way people interact with each other and the brands that keep advertising dollars rolling at the world's largest social network.
Photograph by Michael Short—Getty/Bloomberg
By Lisa Marie Segarra

The F8 conference provides news on upcoming changes to the company’s app and website. Last year’s F8 conference focused on the Messenger app and 360 cameras that could be used for virtual reality videos.

Often, the biggest information from the event is included in Zuckerberg’s address, which is scheduled to start at 1 p.m. EST (1o a.m. PST). The CEO is expected to provide updates on the Messenger app and its work with augmented reality, including the company’s plans for AR hardware, according to Recode.

Facebook recently announced that it would bring a virtual assistant to the Messenger platform. 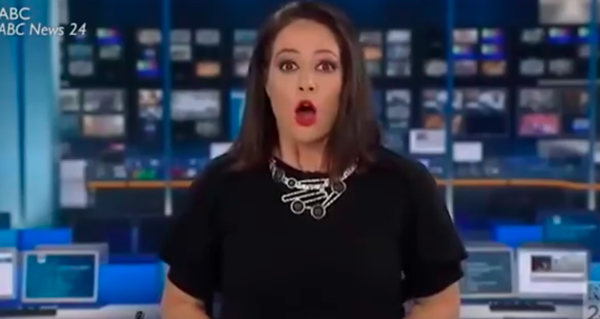 News Anchors Are Confessing to Their Most Embarrassing On-Air Bloopers
Next Up: Editor's Pick