'We Have Closure.' Facebook Murder Suspect Steve Stephens Has Killed Himself

Steve Stephens, the wanted man accused of gunning down an elderly stranger in Cleveland over the weekend and broadcasting the murder to the world, has killed himself after a brief police pursuit in Pennsylvania, state police confirmed to TIME.

The 37-year-old murder suspect was spotted Tuesday near Erie County inside his car at a McDonald’s parking lot about 11 a.m. local time, said Cleveland Police Chief Calvin Williams and Ryan Tarkowski, a spokesman for the Pennsylvania State Police. Stephens fled in the vehicle when officers responded. He shot and killed himself after authorities attempted to confront him, Williams said.

“The search for Steve Stephens has ended,” the police chief said at a news conference, adding that the suspect’s suicide has left many unanswered questions, including what prompted Stephens to turn to violence. “We are grateful that this has ended. We would have preferred that it not [have] ended this way,” Williams added. “This started with one tragedy and ended with another person taking his own life.”

The FBI and local authorities had been scouring the country for Stephens since Sunday, after he allegedly shot and killed 74-year-old Robert Godwin Sr., who was apparently targeted at random. Stephens allegedly recorded the fatal encounter with his victim and published the footage on Facebook, where it lived for about two hours before the social media giant took it down.

Stephens was wanted on an aggravated murder charge. Federal authorities had offered a $50,000 reward for information leading to his arrest, while Cleveland Police Chief Calvin Williams pledged to look for Stephens and not “stop until he’s in custody.”

Williams said at a news conference on Tuesday morning that authorities received more than 400 tips across the country after appealing to the public for help in their hunt. A tip had led state police to Stephens. 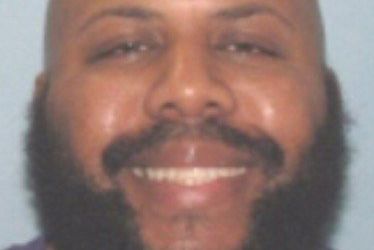