British Prime Minister Theresa May speaks to the media outside 10 Downing Street in central London on April 18, 2017.
Daniel Sorabji—AFP/Getty Images
By TIME Staff

On Tuesday, U.K. Prime Minister Theresa May announced her plan for a ‘snap’ general election on June 8. Read the speech she gave outside her official residence at 10 Downing Street below: 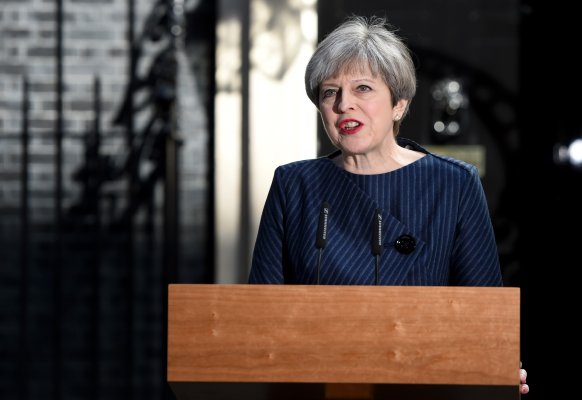 5 Reasons Why Theresa May Wants a General Election Now
Next Up: Editor's Pick