Scientists said a river that flowed from one of Canada’s largest glaciers was rerouted — a process that normally takes thousands of years — in just a few months, due to climate change.

Meltwater that usually flows north from the Kaskawulsh Glacier into the Bering Sea through the Slims and Yukon Rivers was diverted south in 2016 in what researchers dubbed “river piracy,” or when one river hijacks the water flow of another. The water now goes into the Pacific Ocean.

A paper published in Nature Geoscience on Monday documented how global warming impacted the retreat of the glacier and altered the river drainage pattern at a rapid pace.

“Based on satellite image analysis and a signal-to-noise ratio as a metric of glacier retreat, we conclude that this instance of river piracy was due to post-industrial climate change,” the authors wrote.

The now mostly dry Slims riverbed went through several dust storms through spring and summer 2016, according to the study.

Researchers were taken aback by how quickly the “river piracy” occurred.

“We may be surprised by what climate change has in store for us — and some of the effects might be much more rapid than we are expecting,” lead author Daniel Shugar told the New York Times. 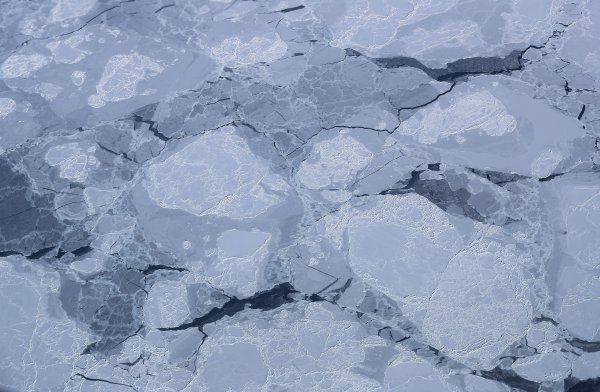 Stunning Aerials Show Toll of Climate Change in the Arctic
Next Up: Editor's Pick