Stephen Colbert Is Back as a Conservative Host, But Not the One You'd Expect

An attorney for Jones recently argued that that the host is “playing a character,” when he is running his show. “He is a performance artist,” the lawyer said during a hearing related to Jones’ ongoing custody battle, the Austin American-Statesman reported.

But Colbert didn’t buy the argument from the Trump-endorsed radio personality.

“If Alex Jones really is a character, then President Trump got phished hard,” Colbert said.

“Everybody knows that for many years I played a satirical right-wing character,” the late-night host continued, adding that knows a thing or two about about faking it for the camera from his days on Comedy Central’s Colbert Report.

Colbert then debuted a clip of his own Jones spoof, introducing himself as Tuck Buckford.

“I’m a skeleton in angry meat. I’m a warrior. I’m a king,” he raged with growing fury on the parody show Brain Fight. 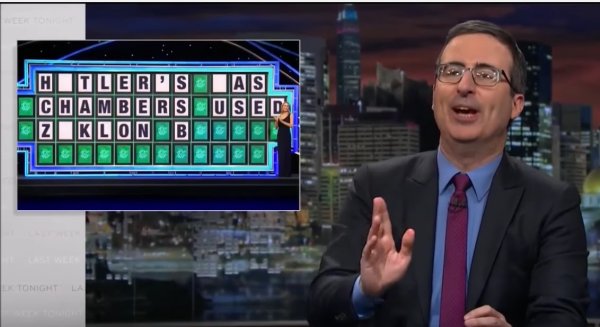