Britain Looks at 'Barista Visas' for E.U. Workers, But Some Think Cup Is Half Empty

The British government is being urged to adopt the so-called ‘Barista Visa‘ program for foreign nationals after leaving the E.U. But the proposal has been roundly criticized for not going far enough to alleviate the looming labor shortage the country is expected to face following Brexit:

What is a ‘Barista visa’?

It would allow E.U. nationals to work in the country’s low-skilled sector, once the U.K. has left the European Union. The visa is closely modelled on the youth mobility scheme, which currently allows 18-to-30-year-olds from non-E.U. countries such as Australia, Canada, New Zealand, South Korea, Taiwan and Hong Kong to work in the U.K. for up to 24 months. The visa-holders are not allowed to claim any benefits, attend school or extend their stay in the U.K. According to the Financial Times, the new version of the youth mobility scheme will probably be open to a range of different sectors, such as social care and construction, but will be restricted with an overall cap in numbers.

Who is pushing for the new working visa?

Migration Watch UK, which is a right-wing think tank that campaigns for tougher immigration controls, suggested the scheme to U.K. Home Secretary, Amber Rudd. Migration Watch UK’s chairman Andrew Green told the Sun that the scheme could “kill two birds with one stone” and solve the labor crisis the country’s pubs and bars are facing. “We can meet the needs of pubs and restaurants and maintain our links with young Europeans by allowing them to come for a strictly limited period of two years to work” he told the Sun. “They could work at any level but would not become long term immigrants who would add to the pressure on public services.”

They point to the failure of the youth mobility scheme, which has so far failed to draw in high numbers. According to the Times of London, only 40,000 people applied for it last year. E.U. nationals make up 7% (2.2 million) of Britain’s total labor market of 30.3 million, according to the Office of National Statistics. This means the government— which has yet to provide firm details of its post-Brexit immigration system— will have to find a way to quickly plug the gap if they decide to end freedom of movement.

But why can’t British nationals take those jobs?

They can — they often just don’t want to. Young British nationals have shown little interest in working in low-paid jobs in the hospitality sector, according to experts. Andrea Wareham, the head of human resources for Pret A Manger, one of the country’s largest sandwich chains, told a government committee in June that only one in 50 of their job applicants are British and around 65% of Pret’s staff come from the E.U. “We [Pret A Manger] are not seen always as a desirable place to work” for British people, Wareham told the committee. 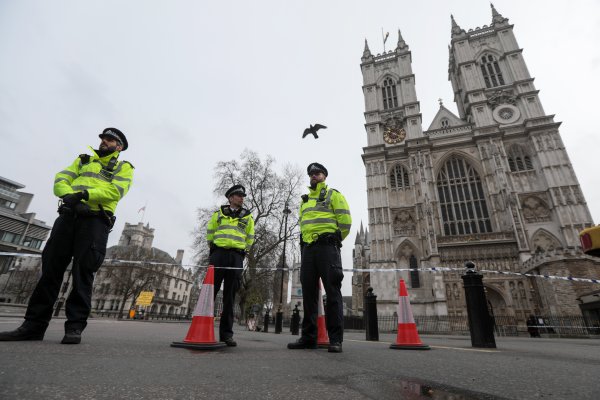