He may not be their leader, but that doesn’t matter to U.K. gamblers placing bets on President Donald Trump. Gambling on the President’s young tenure may sound like a gimmicky novelty, but it’s working rather nicely for online betting sites getting swamped with bets on Trump.

For the Irish betting site Paddy Power, customers in London and Dublin find American politics more enticing than their own. “Brexit may be a generation defining event, but the Donald still trumped it,” says Lee Price, a spokesperson for the online hub, which focuses on sports bets and is known for its comical marketing stunts.

Number of Paddy bets on the U.S. election? 45,303 (overwhelmingly for Democratic nominee Hillary Clinton, losing the company $5 million.) On Brexit? Only 27,324. Since Trump was elected, the company has raked in $133,044 on a total 10,565 Trump-related wagers — fifty times the volume for President Barack Obama at the same stage.

Paddy Power isn’t the only company out there trying to cash in on the relentless Trumpian news cycle. Ladbrokes, the London-based online betting company, has even odds that the president will leave office via impeachment or resignation before the end of his first term. “Donald Trump Exit Date” is a top listing for oddsmaker Bovado, another site that didn’t garner nearly as much interest in Obama. (The site favors 2019, and the least popular choice is 2020.)

According to Paddy Power, people are pooling their money to throw tens of thousands down on the hundred (and counting) Trump-related markets the site runs. People looking for action on the 45th president can choose from betting opportunities including when someone will carve Trump’s face into Mount Rushmore and who will resign from Trump’s team next. One winner, who bet that Michael Flynn would be the first administration official to go and that First Lady Melania would wear blue to the inauguration, won a handsome $1,170 prize.

To keep up with the demand, they’re hiring a head of Trump bets to handle the surge.

Like Bovada, many of Paddy’s regulars are skeptical of the President’s leadership. The company took in a total $21,283 on impeachment-related outcomes, and only $93 on Trump lasting until 2020.

As Price tells TIME, “Our customers seem to have even less confidence in Trump than American citizens.” 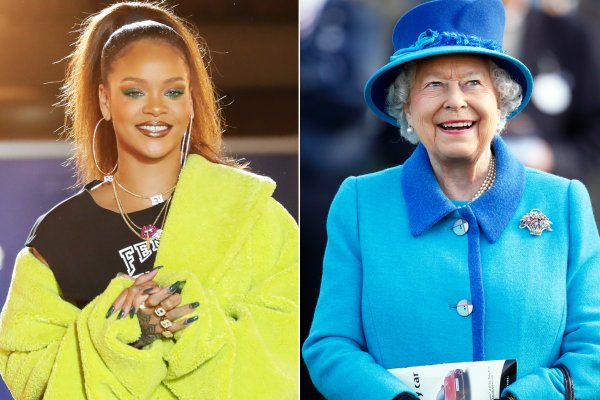 Rihanna Is Photoshopping Queen Elizabeth's Head Onto Her Body and the Internet Doesn't Know What to Think
Next Up: Editor's Pick