This Is the Best Age to Get Married

When it comes to marriage and age, there’s a serious double standard for men and women. Men are often told to wait to get married until they feel ready — until they’re mature, financially secure, established in their careers and comfortable with themselves. My own husband was counseled by both of his parents to not even consider marriage until he was 35 years old. He took their advice to the next level and married at 40. He was praised for his measured and mature decision.

This allows men both an extended adolescence and more time to find the right person. But women are not granted the same privilege. Movies and fairytales prime women to think about weddings from childhood, and the majority of romantic comedies promote the proposal as the happy ending, with most heroines just pushing the three-decade mark — but rarely surpassing it.

The pressure to “settle down” mounts when women hit their 20s, and if a woman’s 30th birthday passes without a proposal, she can be made to feel as if she’s missed her moment.

My own future as a spinster was close at hand. Then I met a man thousands of miles from home on a boat in the middle of the Pacific Ocean, on a work trip in the Galapagos Islands. He proposed three months later, and we got married right on my 35th birthday. Thank the matrimonial gods! Seriously. Here’s the thing: Women who get married after the age of 35 might actually be setting themselves up for happier marriages than women who marry in their 20s. And isn’t that what we all want? A real happily ever after.

The majority of my own friends got married at 28. Less than a decade later, half of them are divorced. Many marriage therapists, the people who help fix unhappy marriages, believe this is because wisdom truly does come with age.

“After a certain age, women tend to have a higher level of emotional maturity. You have a wider range of experiences to evaluate a potential mate,” Dr. Peter Pearson, co-founder of the Couples Institute, told me. “You’re more independent, less clingy, less needy. You are emotionally resilient, you’re smarter at separating the wheat from the chaff.”

I was terrified of divorce. After all, I’d waited a long time to finally tie the knot. In fact, I was so nervous that I spent the first year of my marriage crowdsourcing advice from around the world to figure out how not to fail at it. After interviewing hundreds of women across five continents and 20 countries about how to create and maintain a satisfying partnership, one of the “secrets” I learned was this: Wait.

Seven times out of 10, when I asked a woman in an unhappy marriage what would have made her union more satisfying, she responded with some iteration of, “I wish I’d lived more of a life before I got married.” The most fulfilling marriages I encountered all over the world — in Israel, France, India, Qatar, Denmark, Sweden, Holland, Mexico, Chile and beyond — launched when women were 35 years or older, an age in the U.S. when we start to self-consciously refer to ourselves as “past our prime” or worse, “old maids.”

In Dehli, Kolkata and Guwahati, India, I met with women who had been in failed arranged marriages in their 20s. They had similarly arranged marriages in their 30s they felt were successful. The only difference, they informed me, was age. They felt more confident and secure in themselves. The life experience they had by their mid-30s made them more comfortable standing up to their husbands as equals, which they told me ultimately made them feel more satisfied in their marriages.

In Paris, I interviewed two dozen women, all of whom told me they had the impression that many American women rush into marriage before they’re ready, just because they want to be married. “Why are you American women so afraid to be you?” one particularly sophisticated Parisian woman asked me. “Don’t you want to take the time to figure out who you are before you join your life to another?”

Historian Stephanie Coontz, author of Marriage, a History and The Way We Never Were, sees a historical progression toward advanced maternal age leading to greater marital satisfaction.

“Back in the 1960s, people could get married younger and it would work out because there was little for a woman to do but adjust to her husband,” Coontz explained to me. “Today, we are coming to marriage with much higher expectations — a friendship, intimacy, mutual benefit, an openness to learning from each other. We want to negotiate as equals.” She added: “These are things that come with education, maturity and the self-efficacy from establishing yourself in your career. It used to be marriage was the way you started to grow up, but recently, marriage is only going to work if you are both grown up.”

Women should be allowed to let life and experiences shape their personalities before they enter a union with another person. We should be given the time to put our careers and personal development first, because no matter what anyone says, marriage is hard. It takes time, effort, patience, maturity and work. And most women will be glad they developed self-confidence, assertiveness and the ability to work with others before they joined their lives with someone else’s.

During my late 20s, when everyone I knew was hunting for the perfect dress, and I was working 80-hour weeks and pursuing two master’s degrees, I convinced myself that I was missing out, and that I needed to marry the next warm body that came along. I’m glad I didn’t. I’m glad I waited. Because right when I no longer felt I needed to get married in order to be financially or emotionally secure — that’s when the right person showed up, and my happy ending began.

Jo Piazza is the bestselling author of the new memoir How to Be Married: What I Learned From Real Women on Five Continents About Surviving My First (Really Hard) Year of Marriage. 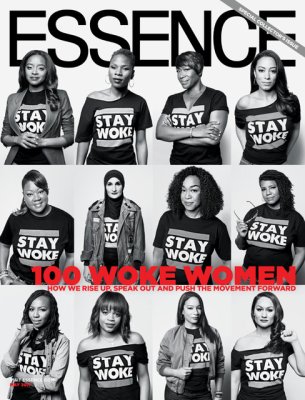