A North Korean official said the country will continue to test missiles regularly, as both President Donald Trump and Vice President Mike Pence warned the country against such launches.

During a visit to the demilitarized zone between North and South Korea this weekend, Pence warned North Korea to stop its “reckless” development of nuclear weapons.

“The era of strategic patience is over,” he said, according to the Associated Press. “President Trump has made it clear that the patience of the United States and our allies in this region has run out and we want to see change. We want to see North Korea abandon its reckless path of the development of nuclear weapons, and also its continual use and testing of ballistic missiles is unacceptable.”

“Gotta behave,” Trump said Monday at the White House when asked if he had a message for North Korean leader Kim Jong Un. 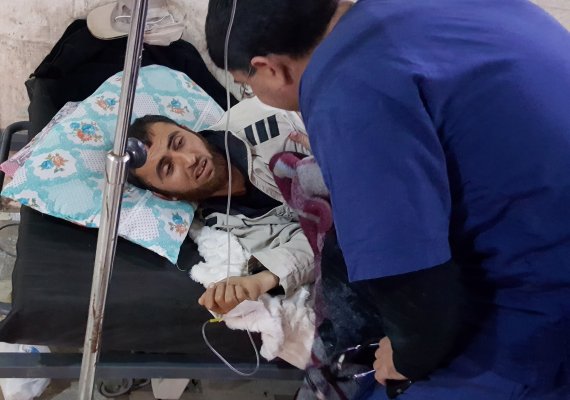 What to Know About Sarin, the Deadly Nerve Gas Likely Used in Syria
Next Up: Editor's Pick