Fewer Americans think President Trump keeps his promises than two months ago, according to a new Gallup poll.

Only 45% of Americans think Trump keeps his promises, a 17-point drop from the 62% who thought so in a similar Gallup survey in February.

The first poll came when Trump had just taken office, signing a series of executive orders aimed at meeting some of his key campaign promises, such as approving the Keystone pipeline.

Since then, Trump has had more of a mixed record, with a failed attempt to repeal the Affordable Care Act, legal setbacks for his travel ban and a stark reversal of his opinions on NATO, China and the Export-Import Bank, among other things.

Still, the drop is higher among groups of voters who disapprove of Trump than his supporters, with the largest drops among women, Democrats and 18-to-34-year-olds.

The poll was conducted by phone between April 5-9 with a random sample of 1,019 adults over the age of 18. The margin of error is plus or minus 4 percentage points. 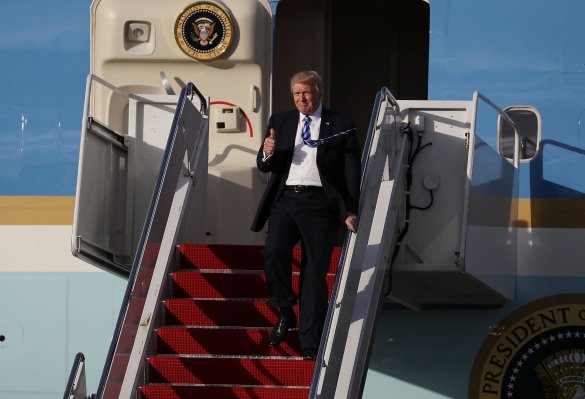