Paul Ryan Has a Lower Approval Rating Than Donald Trump

US President Donald Trump speaks to Speaker of the House Paul Ryan after signing House Joint Resolution 41, which removes some Dodd-Frank regulations on oil and gas companies, during a bill signing ceremony in the Oval Office of the White House in Washington, DC, February 14, 2017.
SAUL LOEB, AFP/Getty Images
By Jennifer Calfas

President Donald Trump is not the most unpopular Republican in Washington, D.C. House Speaker Paul Ryan has the president beat in that category.

According to a new Pew Research study, 29% of Americans approve of Ryan’s performance, while 39% approve of Trump’s performance — a rating that has fluctuated since Trump took office, but has remained at historically low levels for a new president.

Ahead of Trump’s inauguration in January, Ryan was re-elected to the top seat in the House by his colleagues.

Consistent with previous years, the majority of Americans view Congress unfavorably, with only 34% approval, the study shows. Additionally, 52% of Americans said the Republican Party is “too extreme,” and 40% said the same for the Democratic Party. 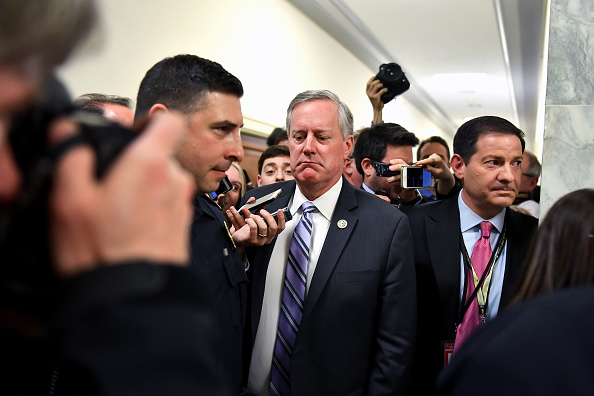 The Effort to Repeal Obamacare Is Failing Again
Next Up: Editor's Pick