John Oliver is no fan of President Trump, or as he calls him, “two words that give you a sense of impending doom, like ‘sewage enema’ or ‘United Airlines,’” but on Sunday night’s episode of Last Week Tonight, he saved some of his ire for White House Press Secretary Sean Spicer.

It all stemmed from Spicer’s comments when he said “someone as despicable as Hitler who didn’t even sink to using chemical weapons.” The statement for which Spicer has apologized was false, which is where Oliver came in.

“That’s not just wrong, that’s $200 question on Jeopardy wrong,” Oliver said on his show. “Everybody knows mass chemical extermination was kind of Hitler’s thing. That and the mustache. You take them away and all you’ve got is an ill tempered Austrian with resting bitch face.”

According to Oliver, when a reporter at the briefing asked Spicer to clarify his statement, he managed to make it worse. “At no point during that was he in control of his own mouth,” Oliver said. “Most specifically, the moment he suddenly decided to coin the term ‘Holocaust center.’ Which sounds like the home arena for an alt-right hockey team.”

Watch below the full clip below. 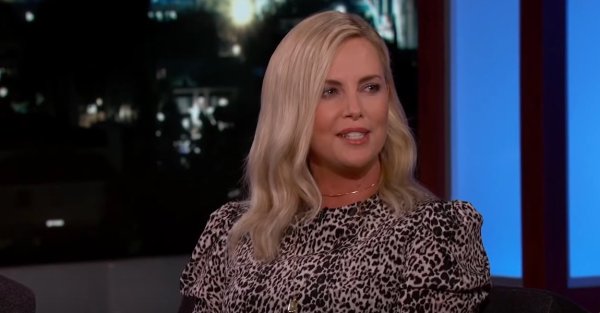 Charlize Theron Screamed at a Substandard Easter Bunny Like a 'Psycho Mom'
Next Up: Editor's Pick